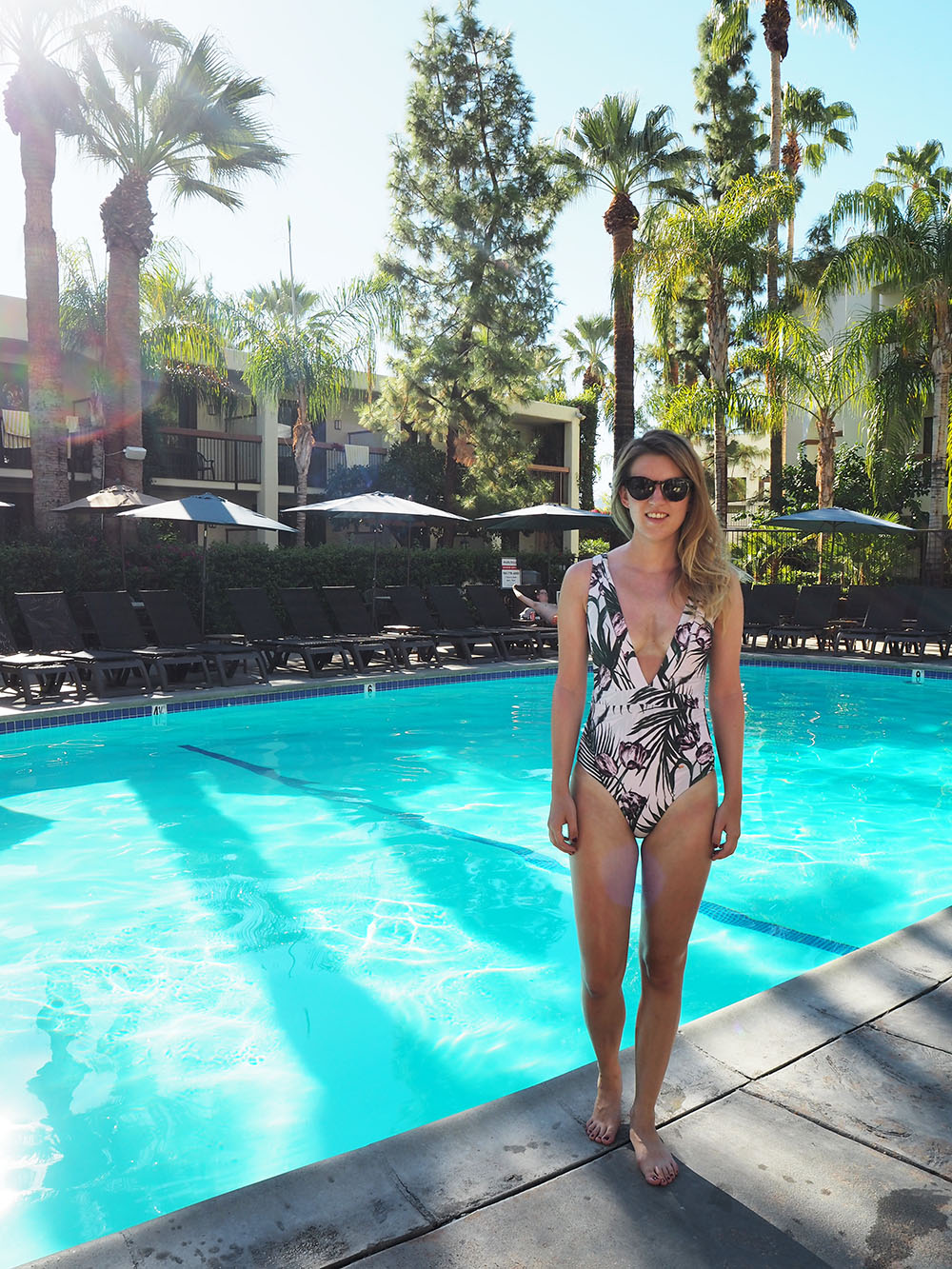 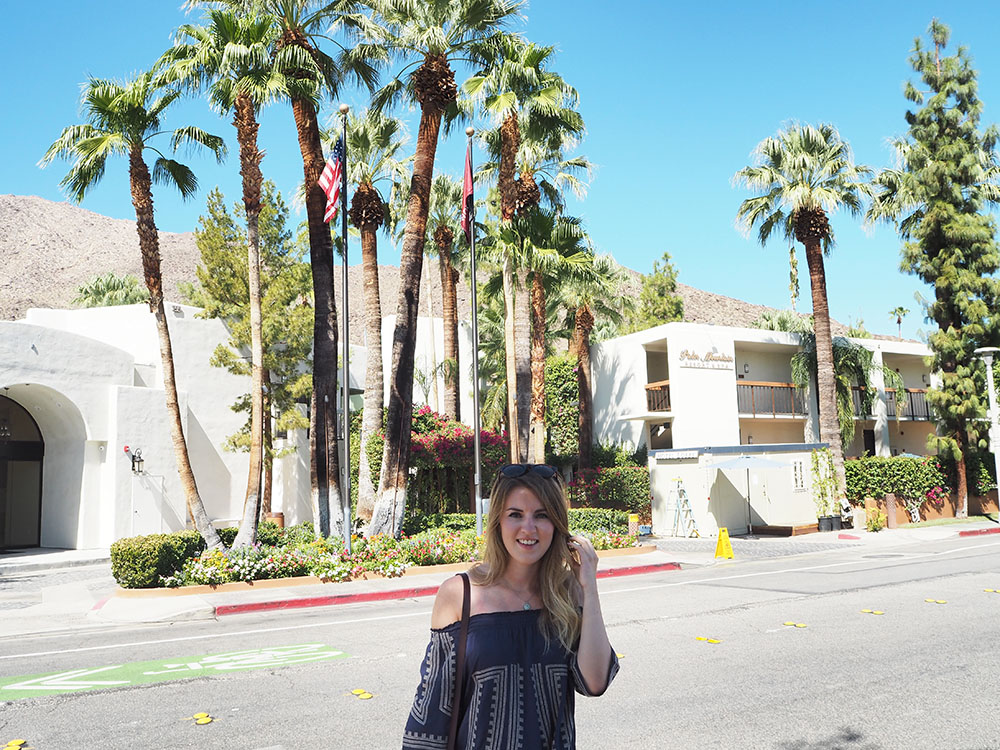 There didn’t seem to be too many sights to see in Palm Springs after we found out the aerial tramway was closed so we figured we would get in a couple of hours sunbathing by the pool in the morning, and then head off to San Diego around midday. I’m still not too sure what I think of Palm Springs, it’s a beautiful place but I don’t think we were really there long enough to see what it had to offer and quite a few of the attractions we found were in the surrounding area so would take too long to get to in the short space of time we had.

I would like to go again and maybe spend 3 or 4 days there and see some of the retro architecture I’ve heard about there, 2 short days weren’t quite enough time to suss the joint out. 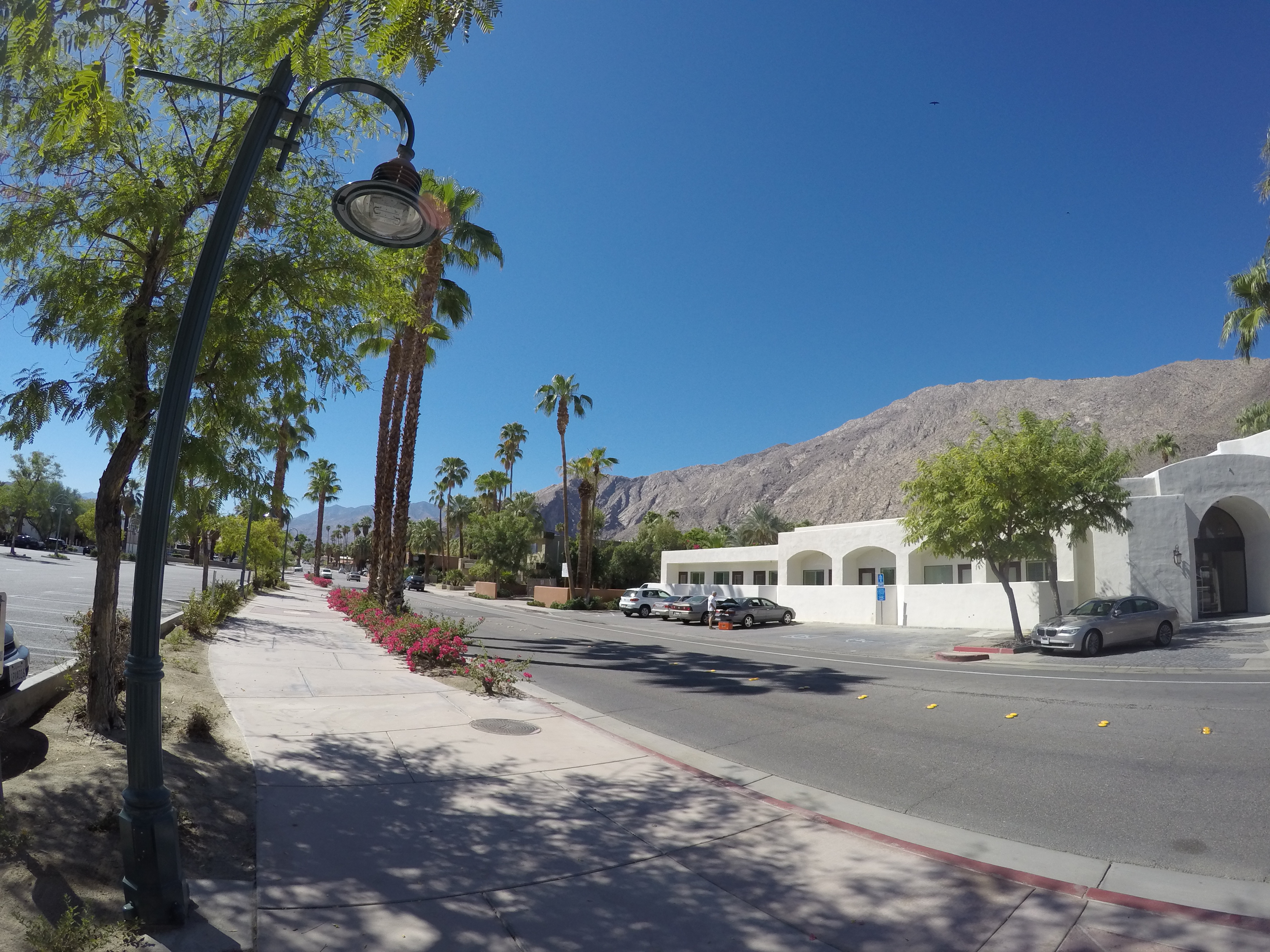 It is an undeniably beautiful place, but I think I need a little longer to make my mind up about it. 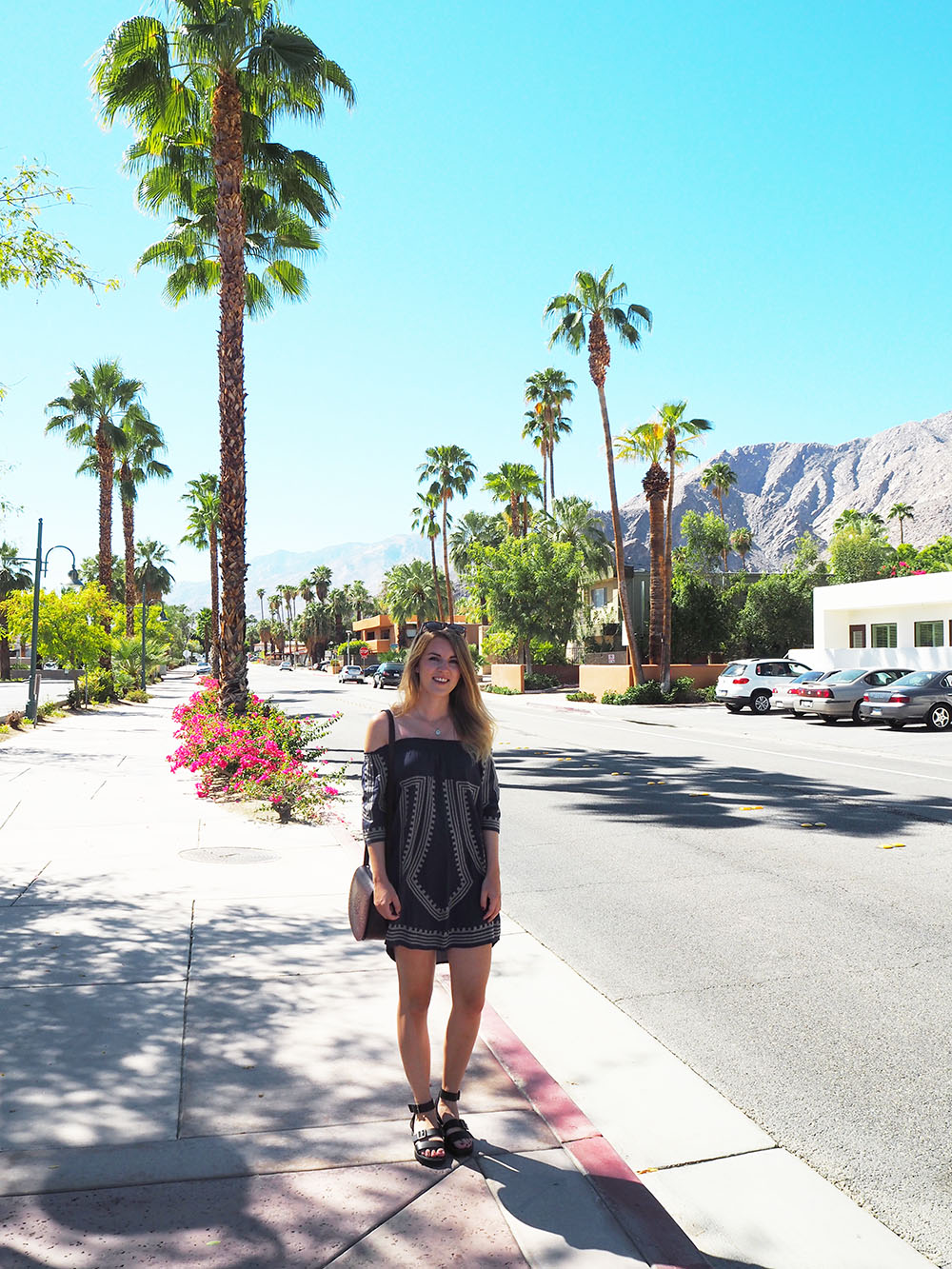 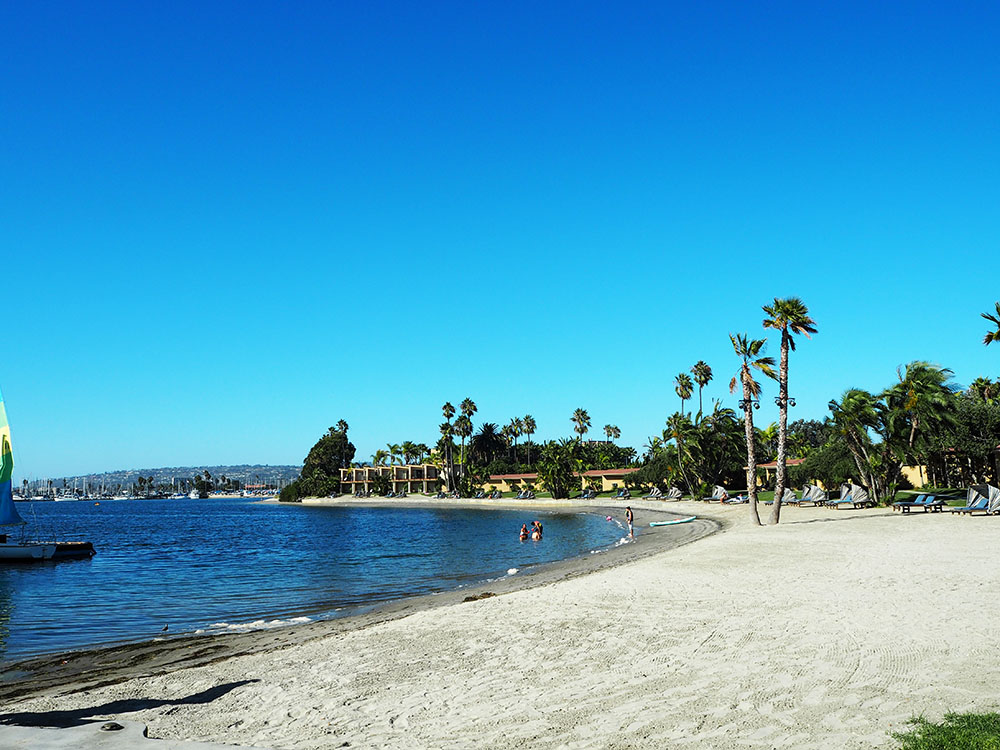 It only took us around two and a half hours to get down to San Diego so we arrived mid afternoon at the Bahia Resort Hotel in Mission Bay.

In all honesty, I didn’t really know too much about San Diego other than the zoo and that the Bring It On high school is from here (Go Toros!).

But when we arrived at our hotel we were pretty impressed at how beautiful the location of it was. 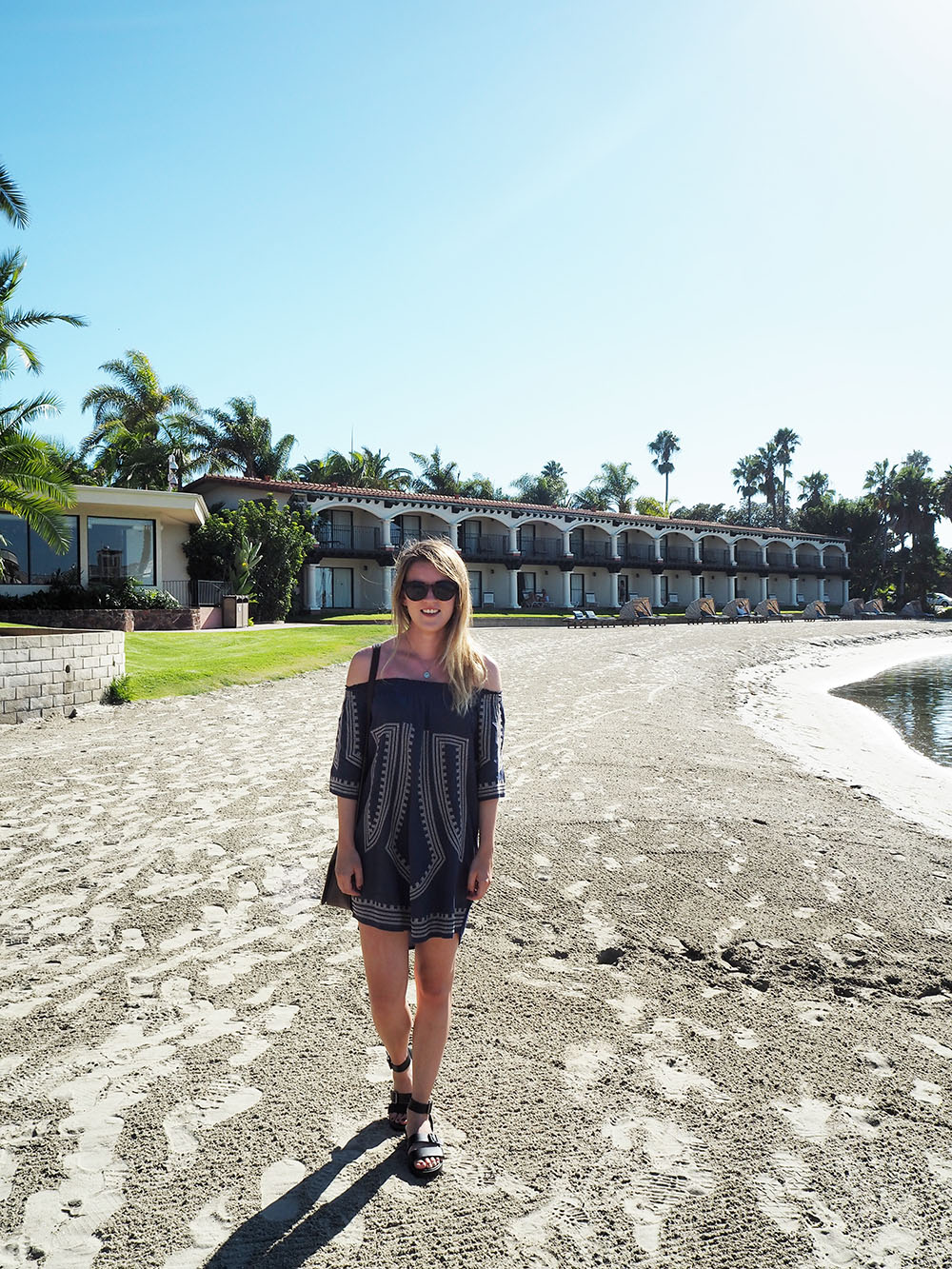 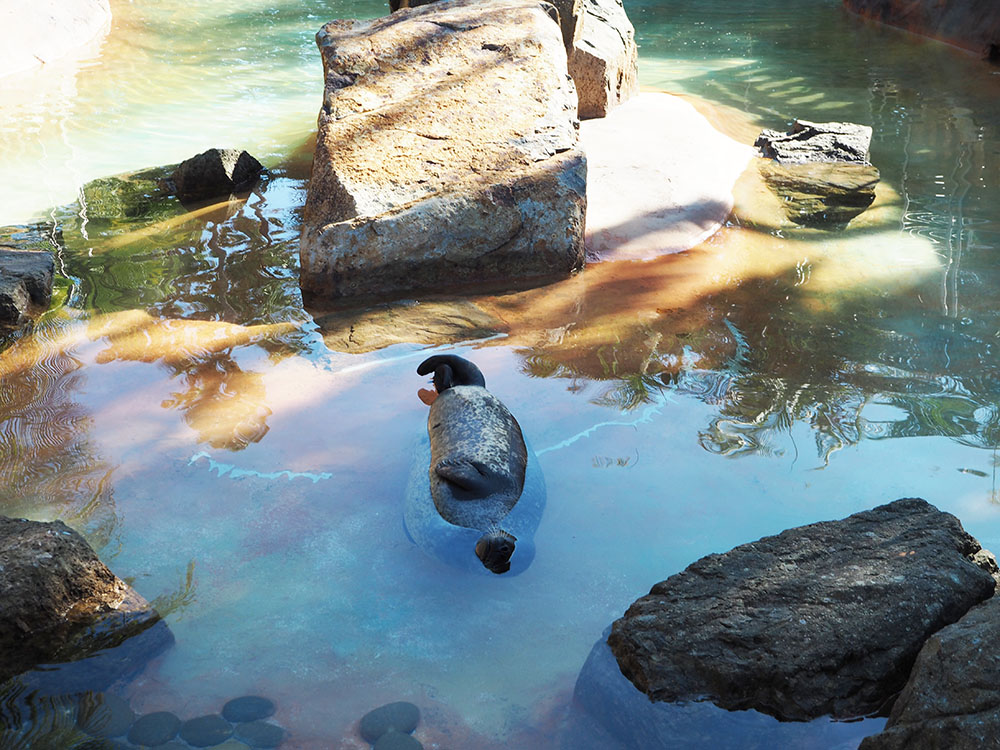 They even had two rescue seals in the grounds of the hotel! 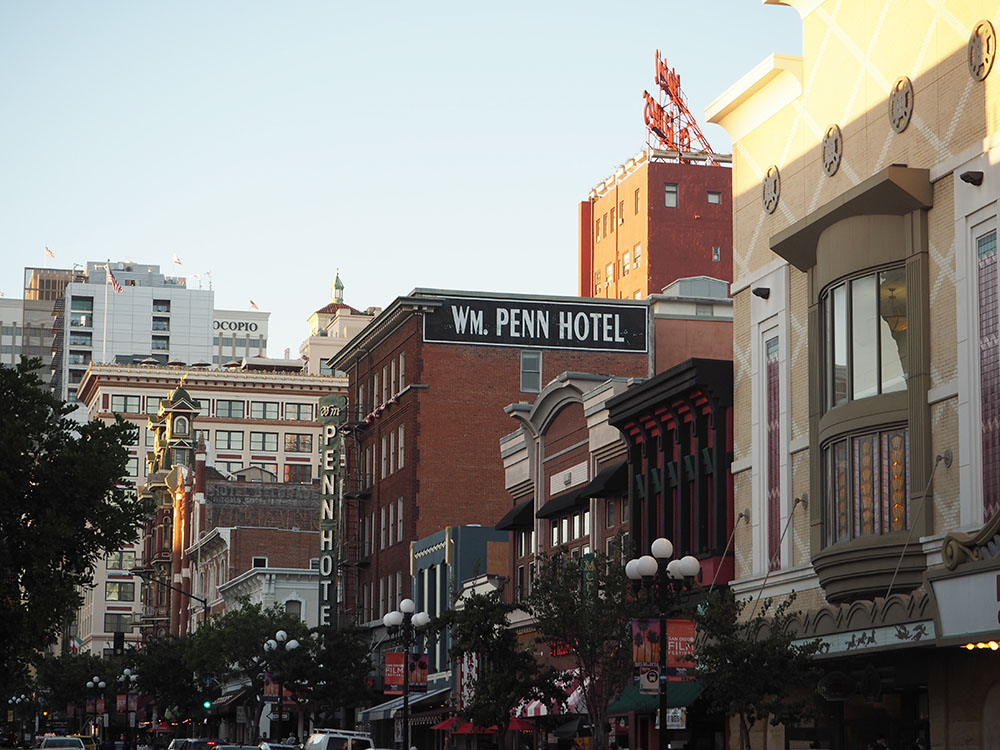 We only had one night booked in San Diego and the whole of the next day we would be at the zoo so we had to seize the afternoon and head into San Diego’s city centre, and in particular the Gaslamp Quarter, where we had read was the main place for restaurants and shops. 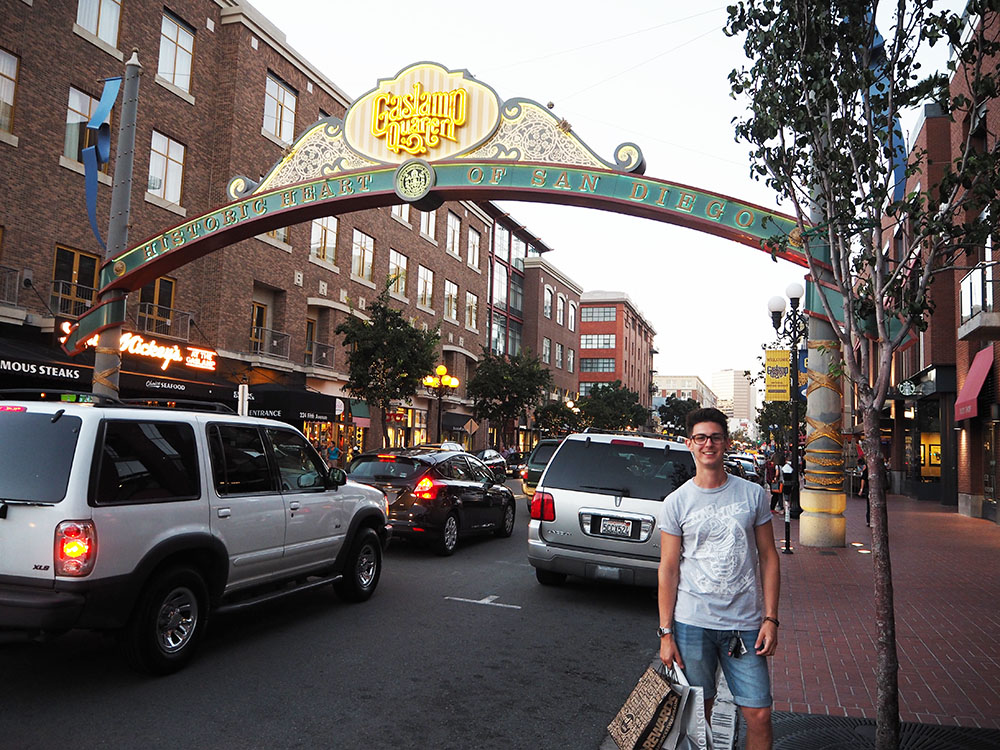 After a slight kerfuffle getting out of the car park and ending up in an office of the NBC building, we made it into the hubbub of the city.

Luke was desperate to go to Hooters but before we got there, I found my favourite… 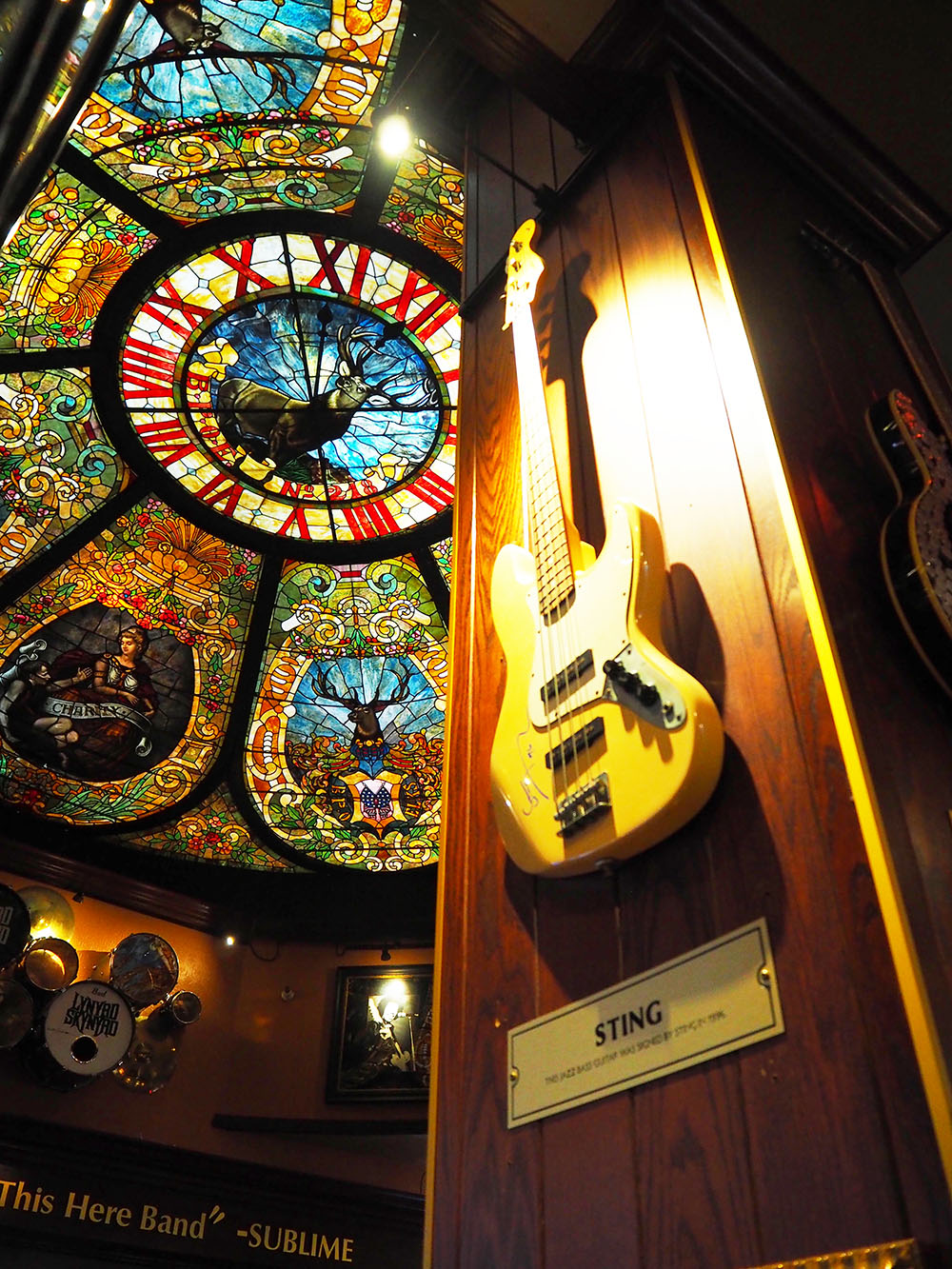 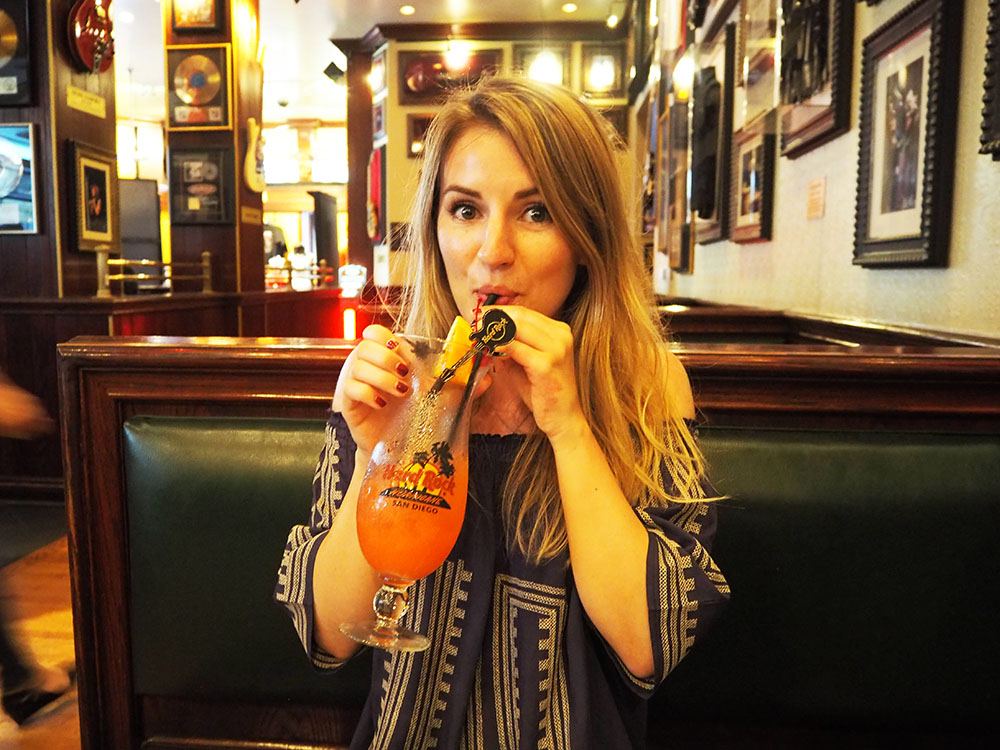 If you’ve watched any of my vlogs in the past or read my San Francisco post then you will know I have to go to the Hard Rock Cafe if there’s one in the city that I’m visiting, and this one was no exception. As we were only there that night and there was a Hooters in LA, Luke agreed to go to the Hard Rock in San Diego. Win win for me! Another Bahama Mama cocktail in my tum! 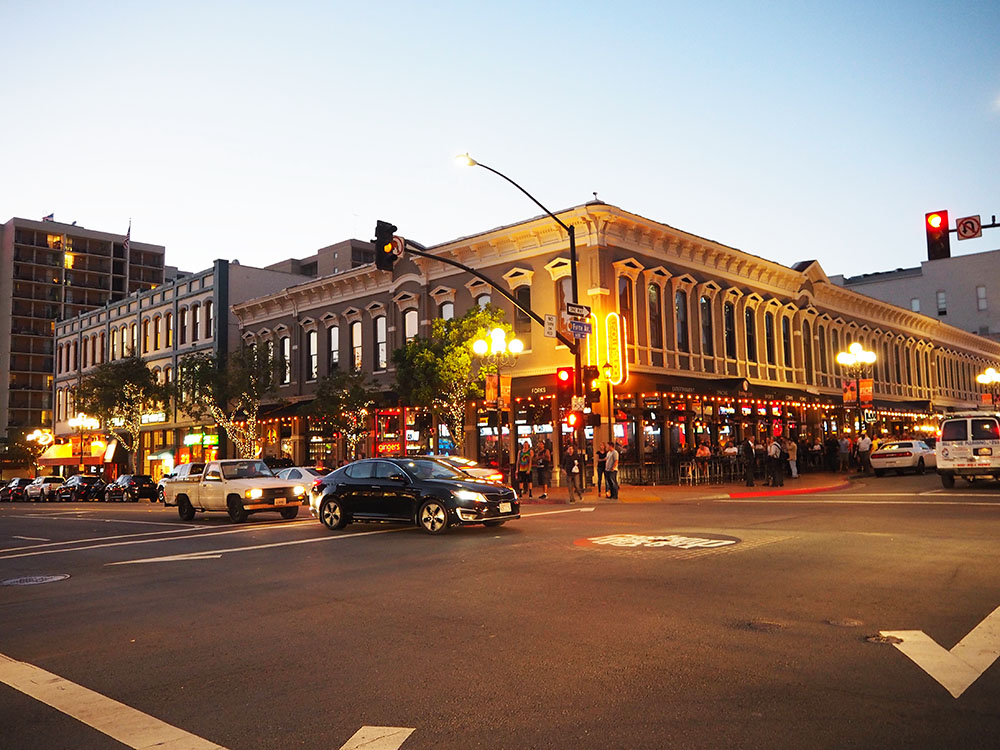 After finishing our delicious dinner we headed back out onto the street to have a wander around just as the light was fading. I only have this one photo to really show what it was like, but just imagine loads of bars and restaurants with outside seating areas, and loads of people laughing and chatting.

It was so gorgeous. Another place I definitely need more time to explore! This whole holiday was like a tasting platter that has made me hungry for more! 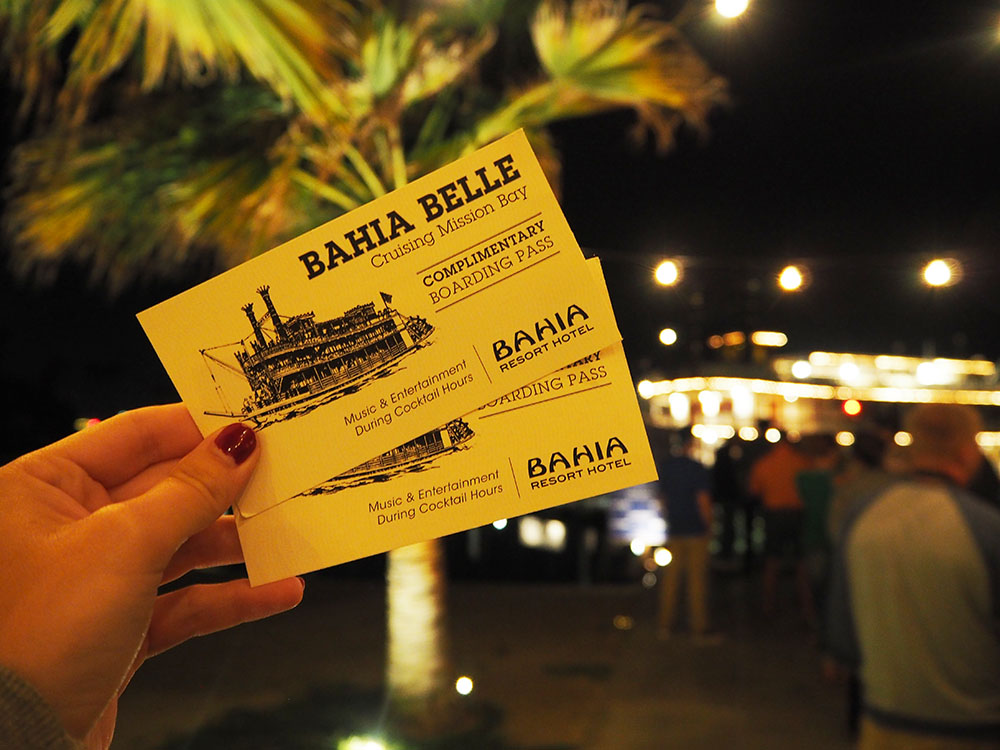 When we had checked in at the hotel earlier on in the day we were told about the free paddle steamer boat ride that all guests could ride on. It takes you across the bay to the sister hotel and back again, with sailings every hour, and adults-only cocktail sailings after 9pm.

Even though we were super tired we figured we couldn’t really miss out on this. 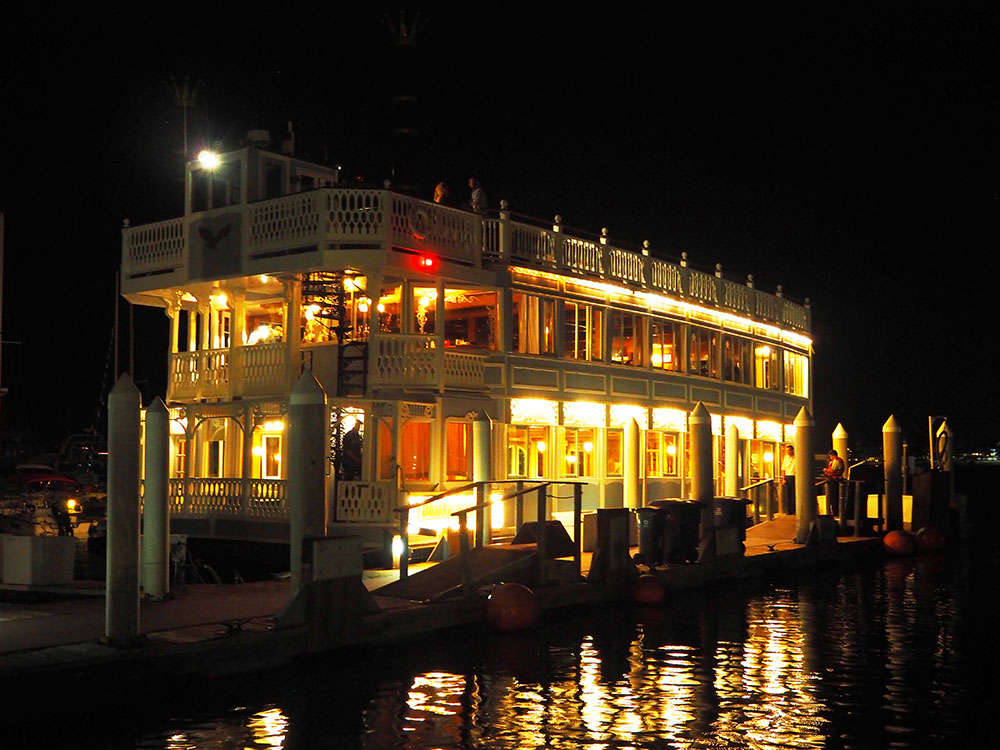 I mean, look how awesome it looks. 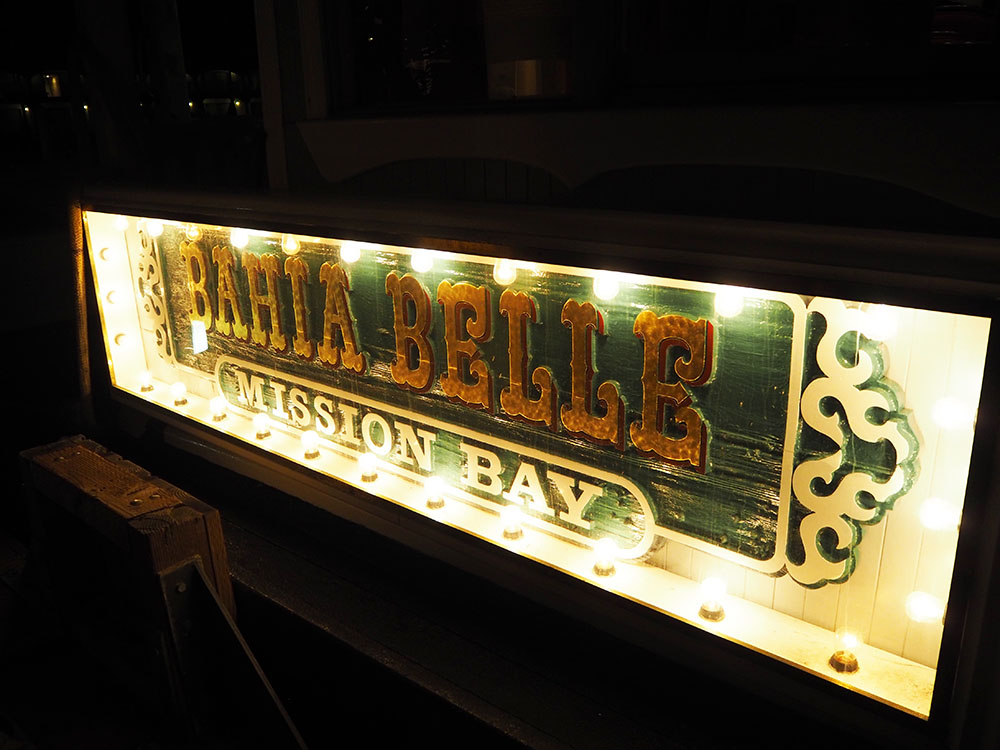 So we set sail into the night on the Bahia Belle… 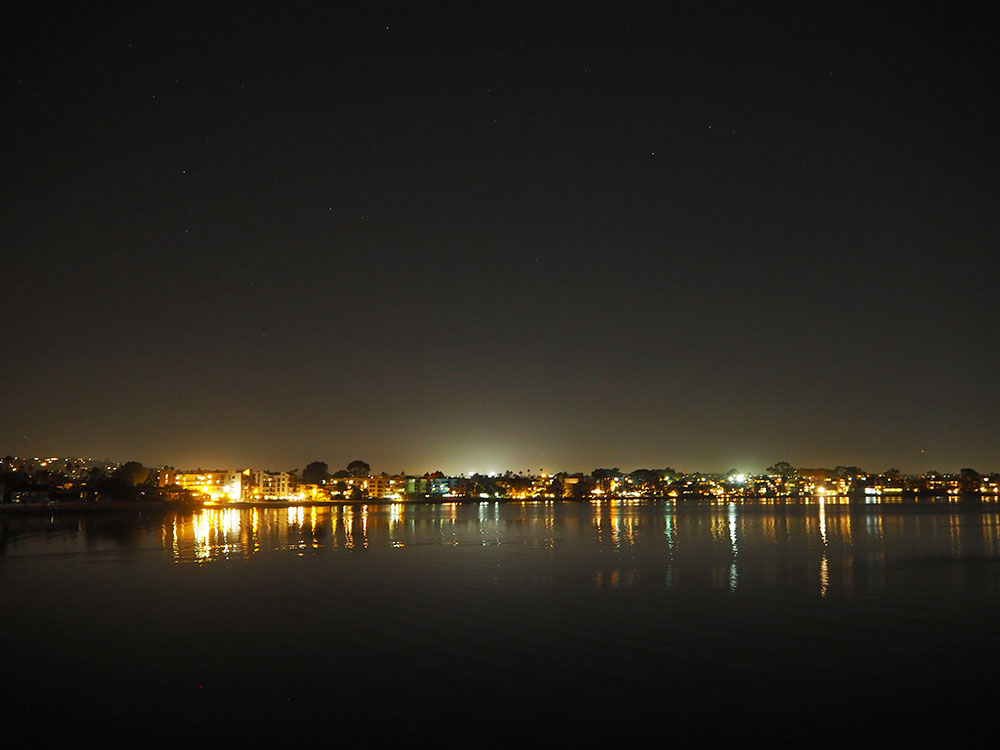 We didn’t actually order any drinks while we were on it, we just stood on the top deck, watched the night go by and listened to the band. Seriously, how is this free!? 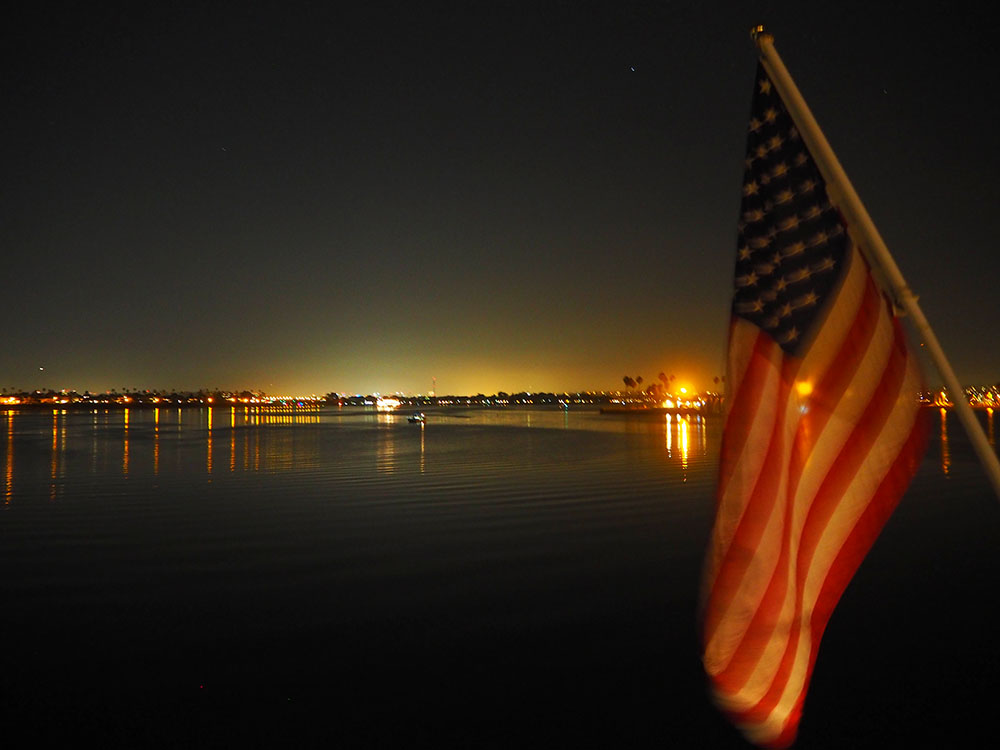 A whirlwind afternoon and evening taster of San Diego but a delightful one. I definitely need to come back to this city. But tomorrow was my main reason for visiting, a trip to San Diego Zoo…