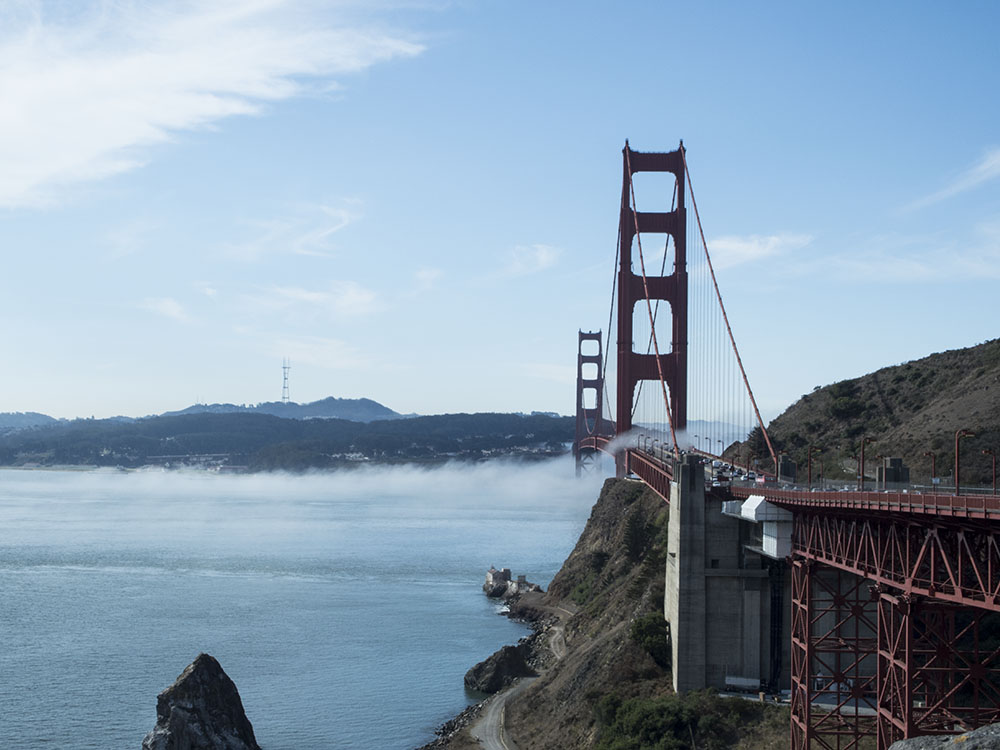 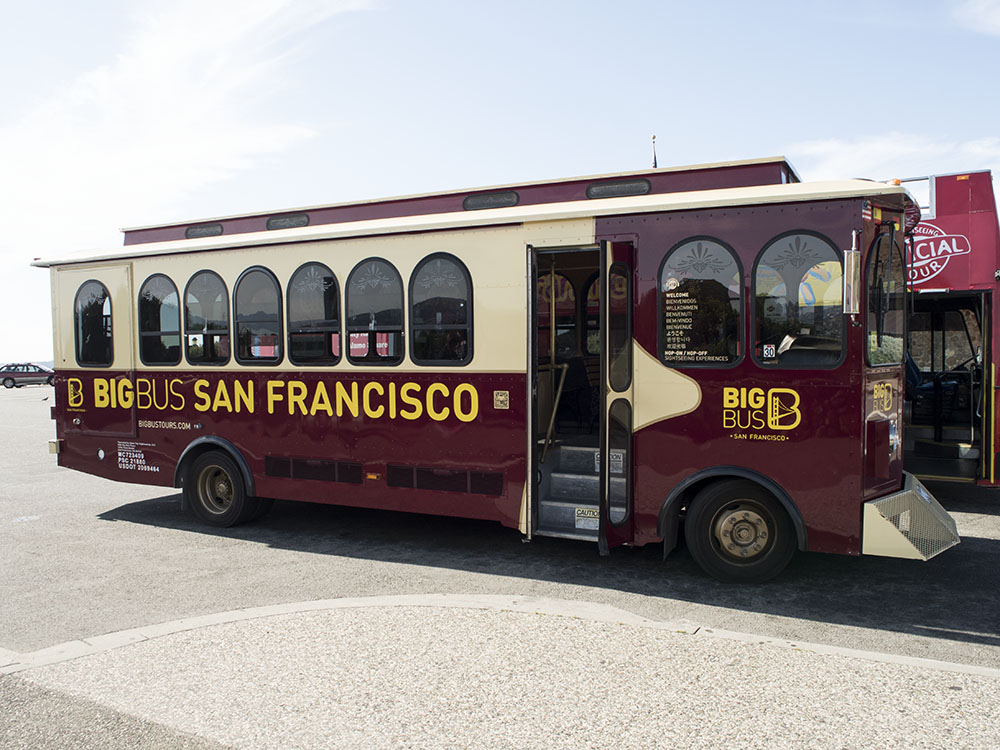 Sausalito is a little town across the bay from San Francisco and is a lovely place to visit for the day or even just a morning or afternoon like we did. It’s full of beautiful homes and quaint little shops, perfect to stroll around in the sunshine. 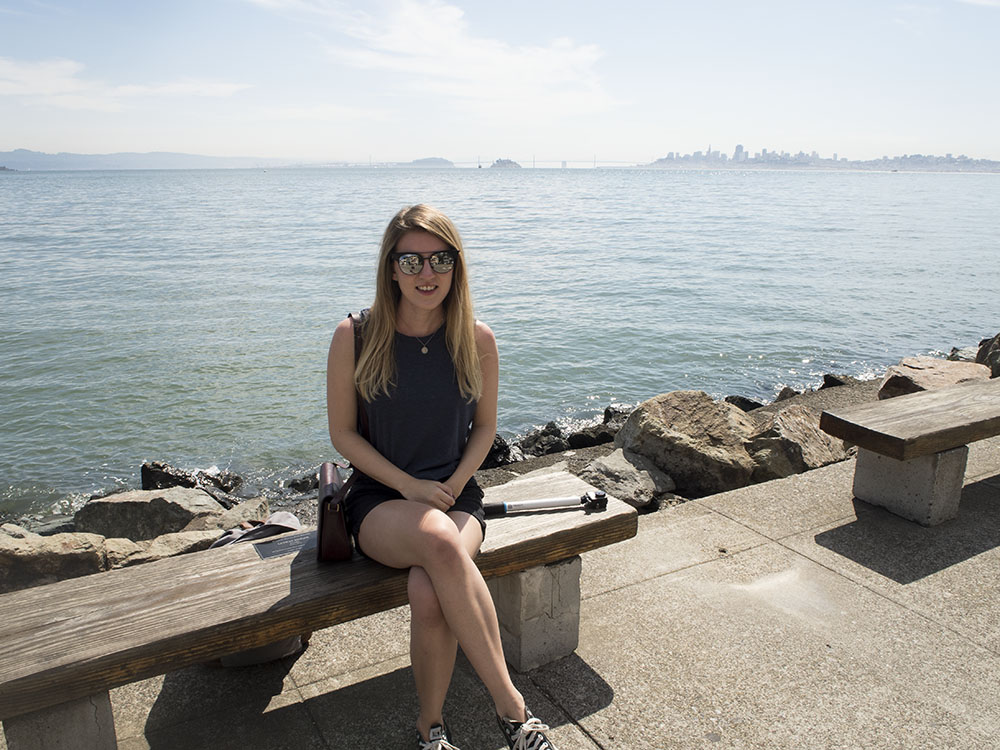 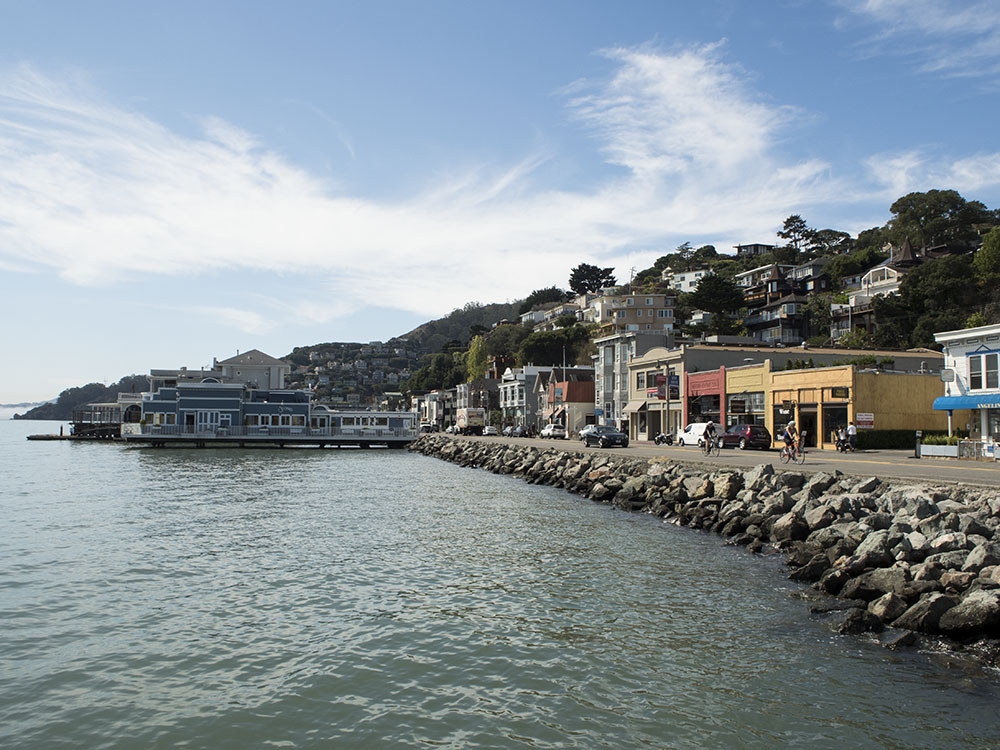 After taking a few pictures and wandering around the waterfront we stopped for a cheeky Starbucks to replenish ourselves before heading back to the bus stop to catch it back to the city. 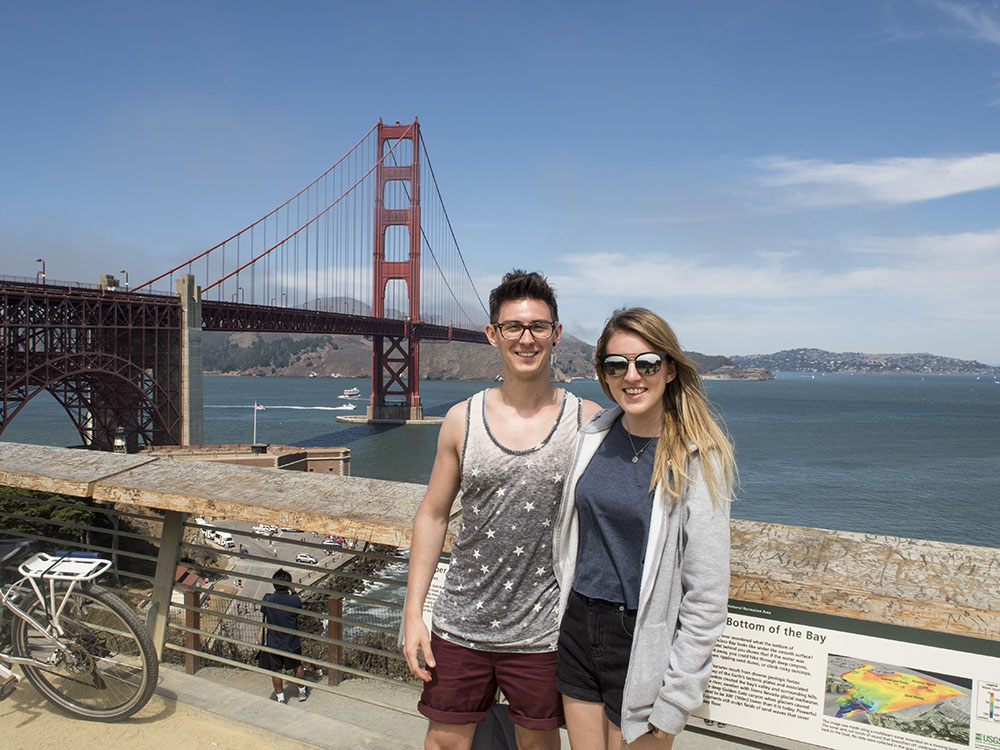 Whilst on the bus we realised that the Sausalito loop stopped on the other side of the bridge to the other tour loop so we quickly jumped off to see what the other viewpoint could offer. On the North side vista point there is really just a car park and toilets. Whereas on the South side vista point (where we are in the picture above) there are more levels and areas to take photos as well as a Golden Gate Bridge shop for those all important souvenirs! The only trouble was that the buses are nowhere near as regular to pick you up so we had to wait a good half an hour because we just missed the previous bus, not ideal when you’re under time constraints! 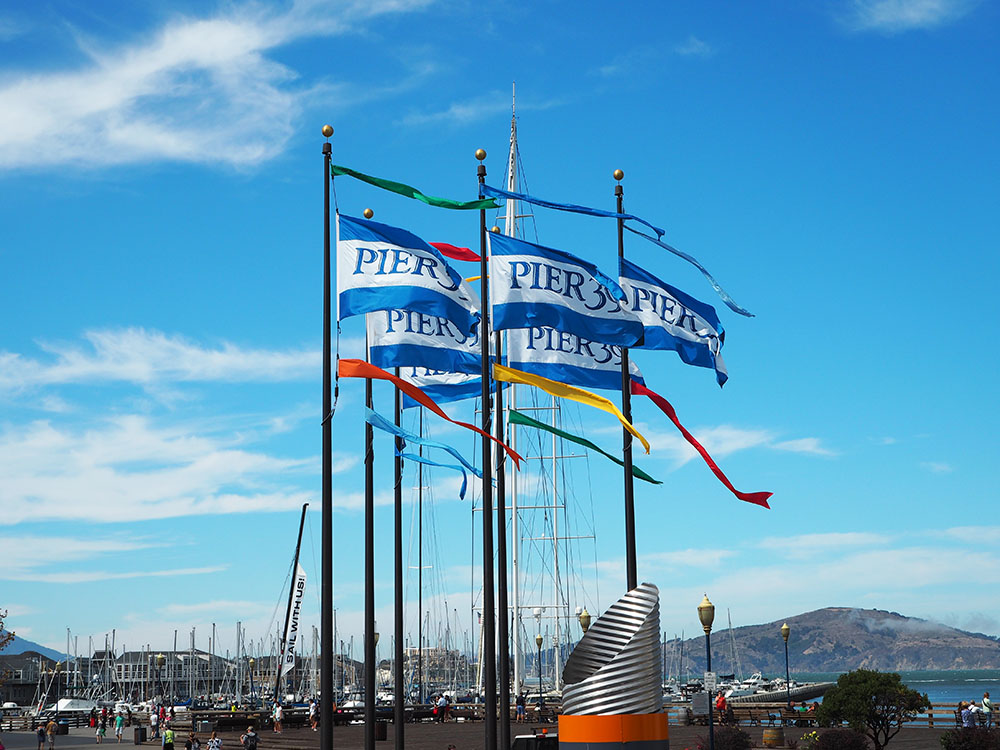 Once we finally made it back to the city we headed straight for Pier 39. Although we had popped here on our first night, we wanted to see it again in the day and visit it’s most famous residents… 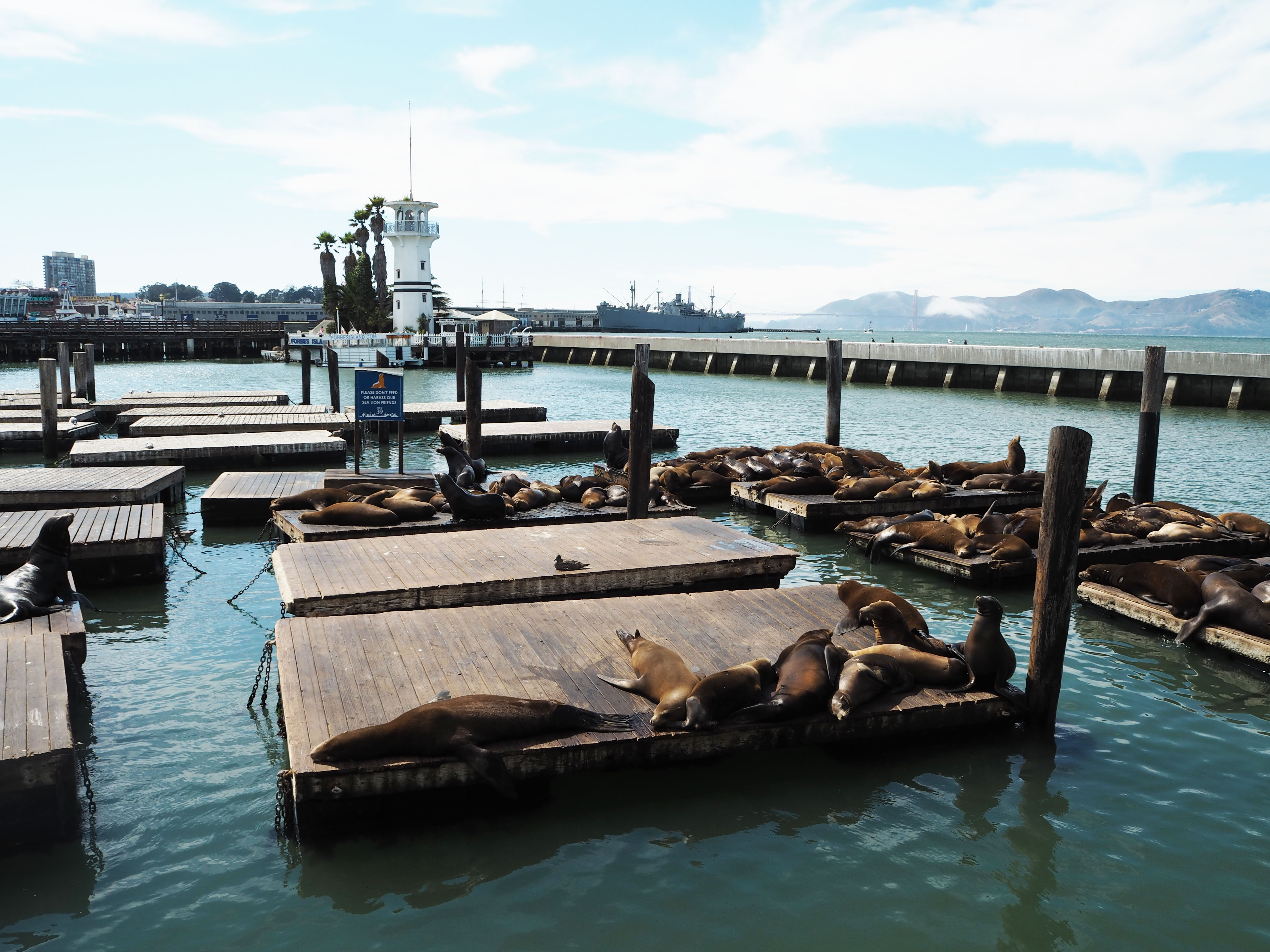 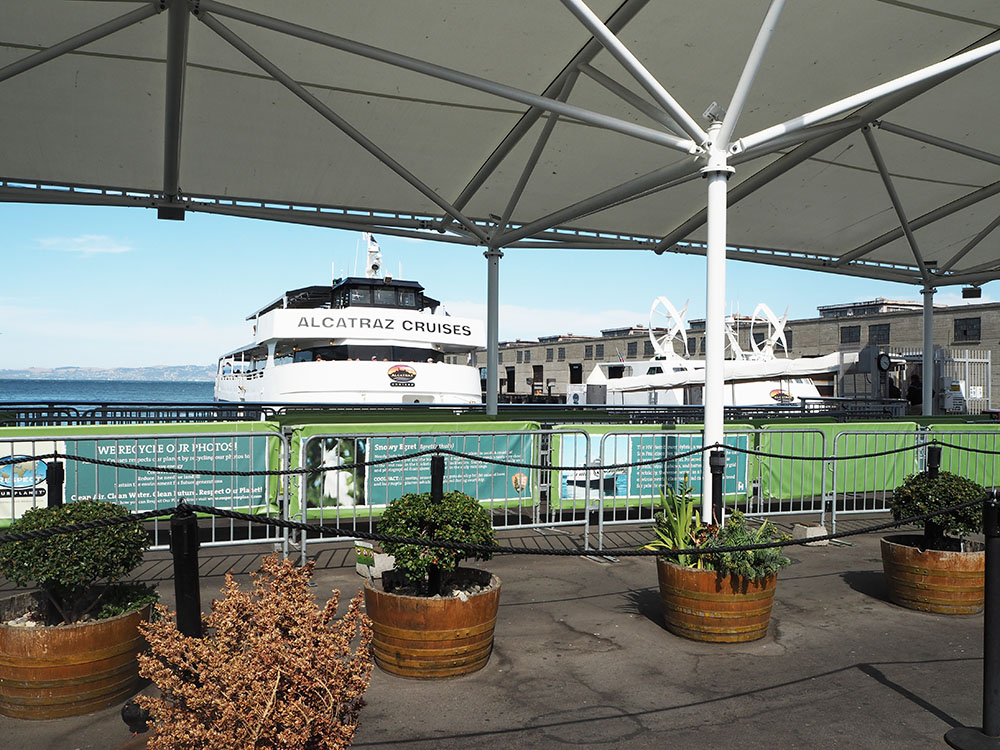 After we had taken a few snaps of the sea lions we quickly rushed to catch the boat to Alcatraz for our tour of the famous prison island.

I just want to mention at this point I was feeling like quite the miserable sod. My shorts had the worst crotch seams, meaning they were rubbing my thighs raw, I was very cold, and we were running around like headless chickens to make it to everything in time! Sightseeing in just 3 or 4 days is just not enough in this gorgeous city to see all it has to offer! 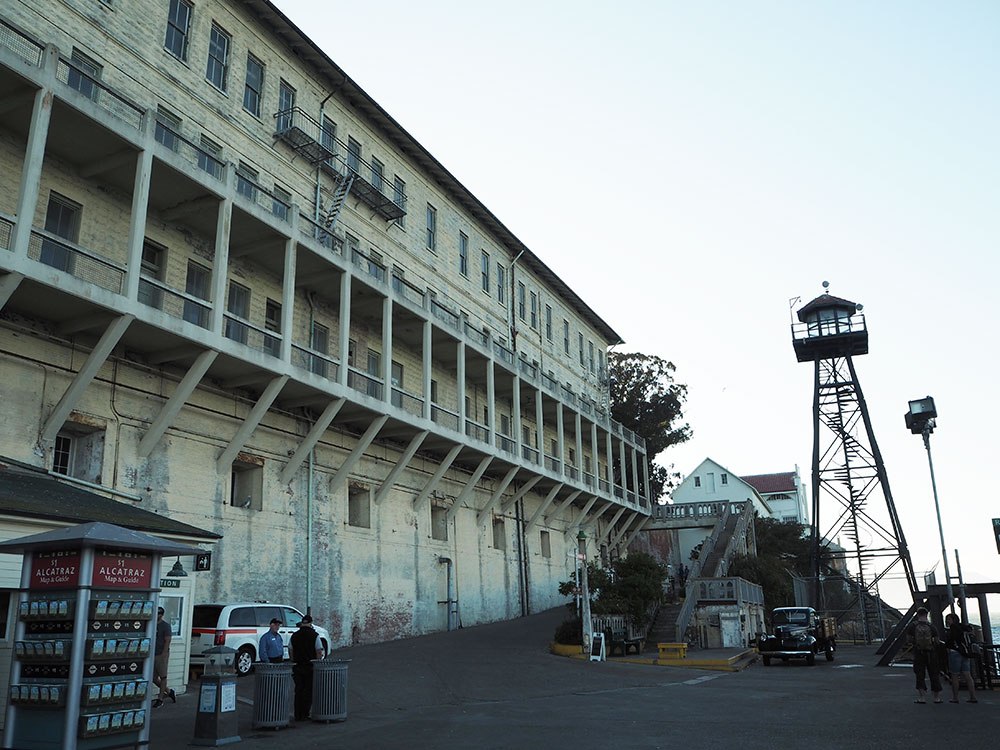 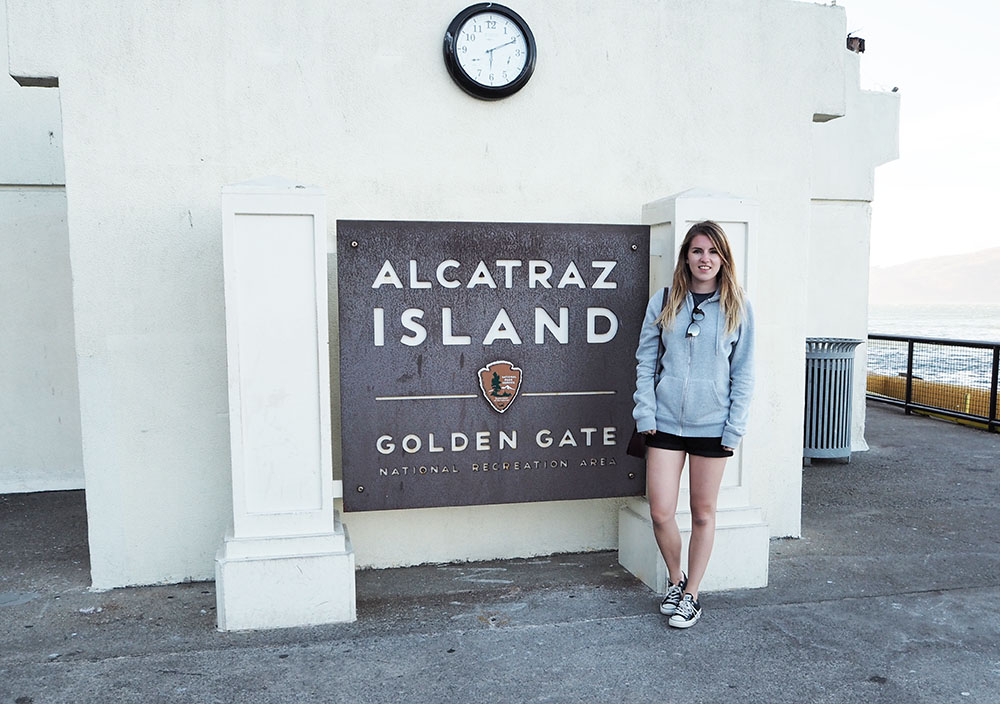 Alcatraz is probably one of the most famous prisons in the world and was once home to criminals such as Al Capone. I would highly recommend visiting if you can because it’s such an iconic piece of San Francisco’s history. Just book well in advance, don’t expect to get tickets on the day you turn up as you will be sadly disappointed. 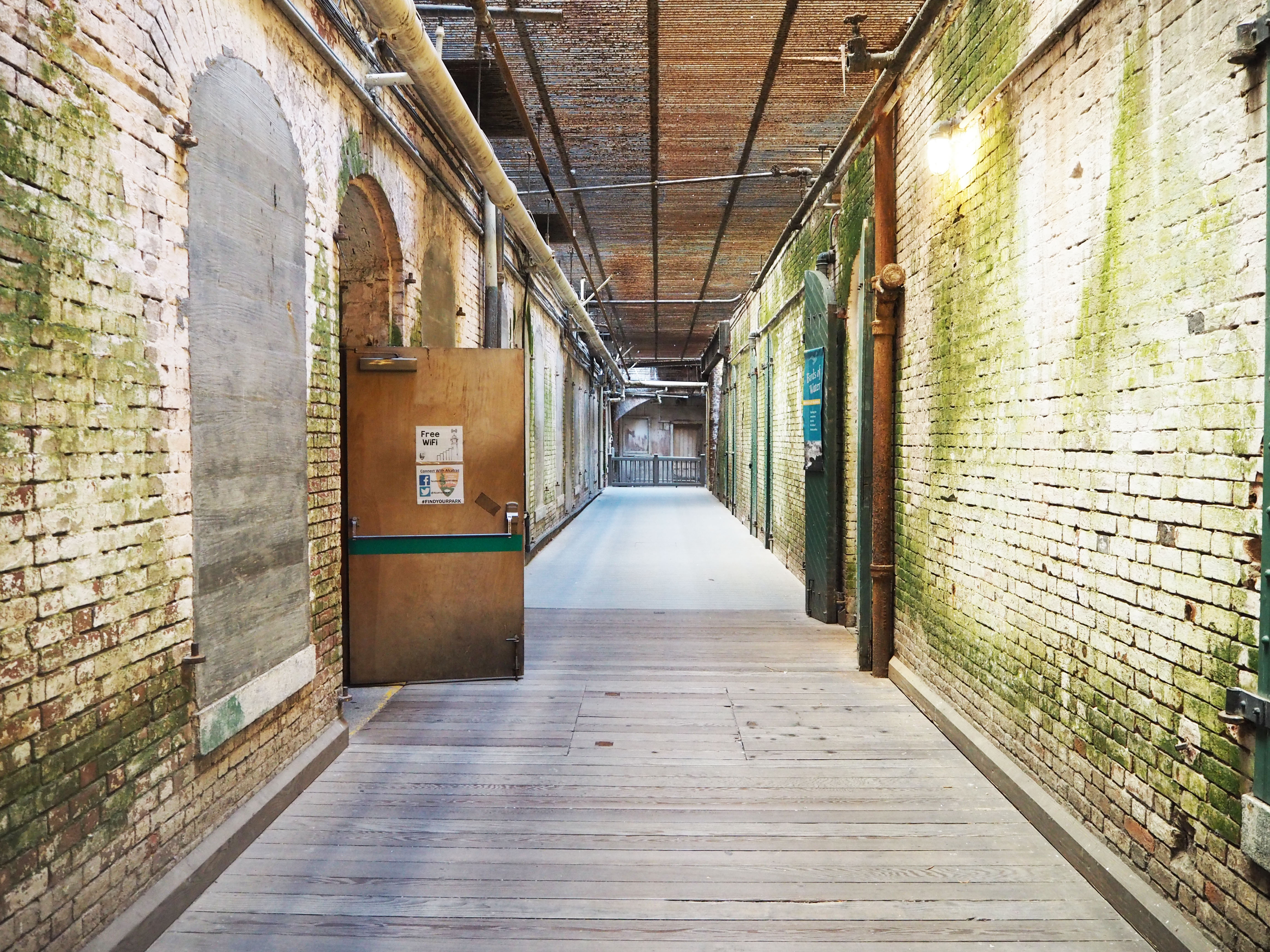 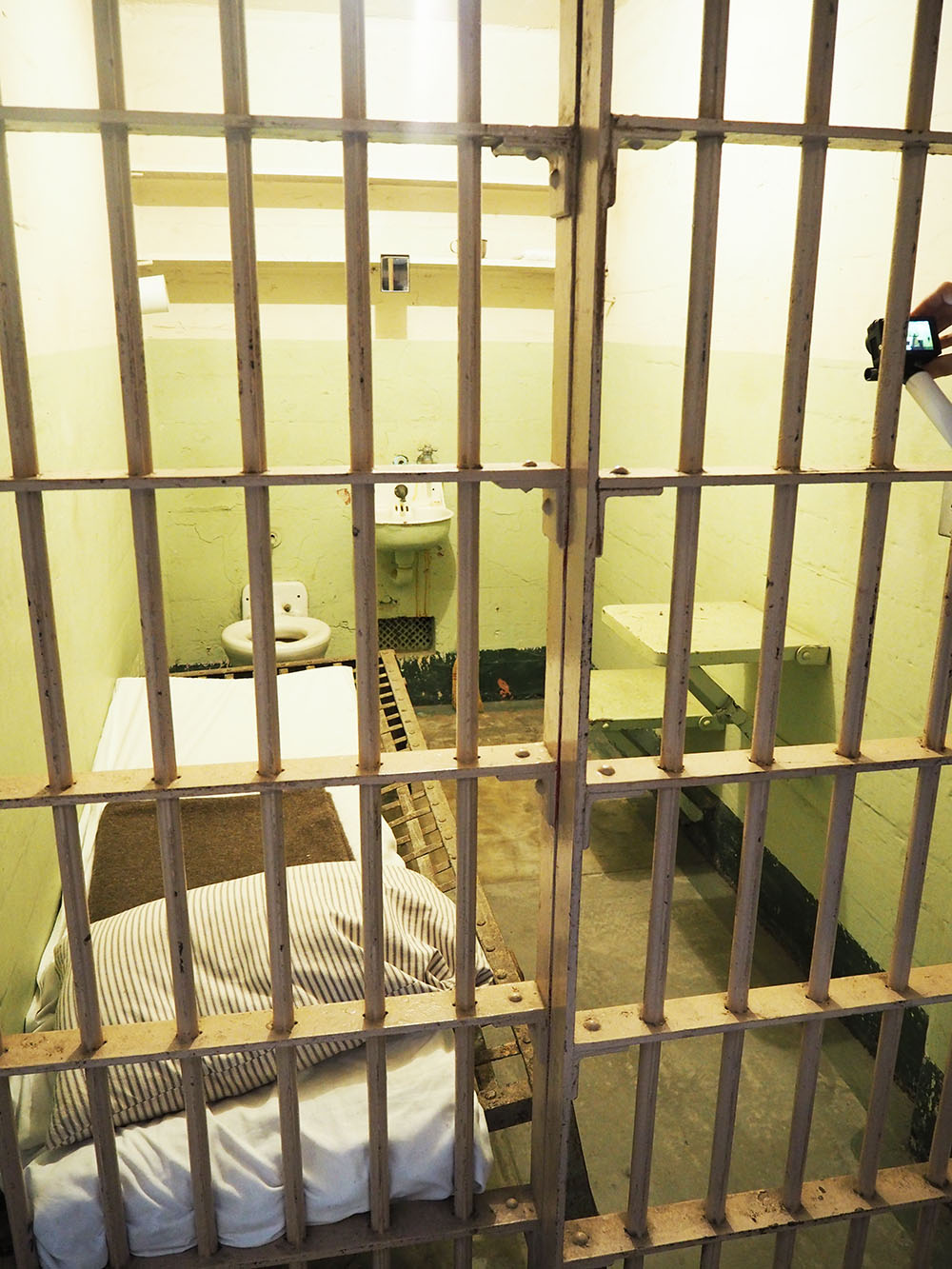 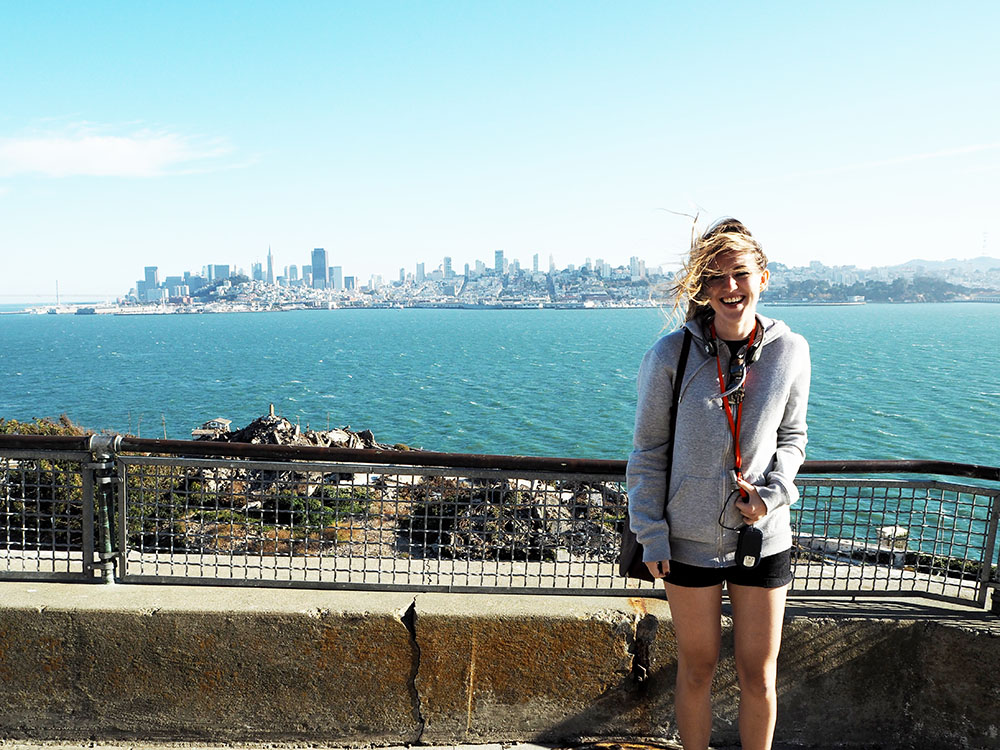 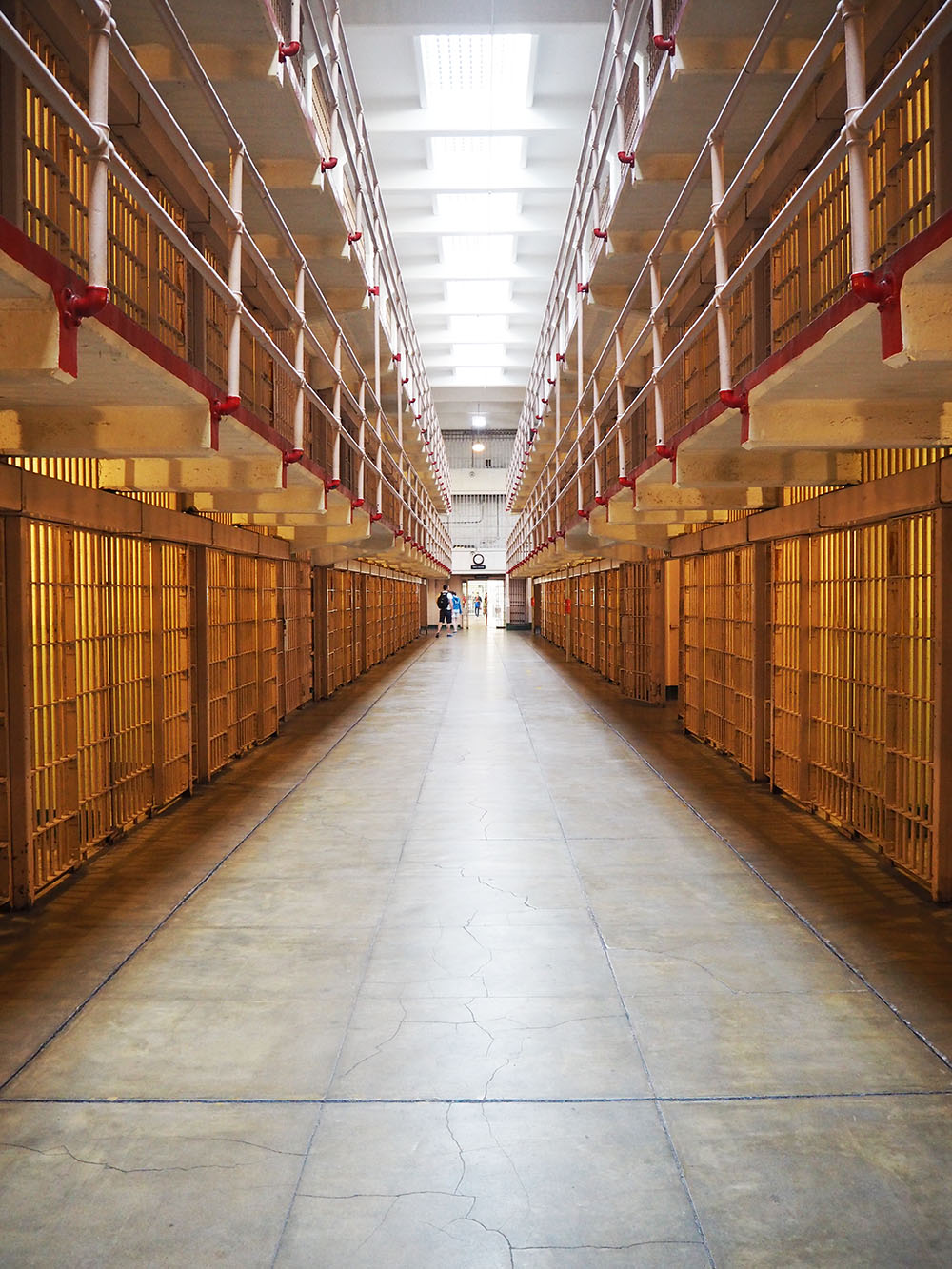 Can you even imagine living here? It’s such a terrifying thought!

The only problem we had with Alcatraz was the amount of time we had there. We were automatically given the crossing time of about 4pm, meaning once you get to the island and get into the tour area its about 4.20pm. There’s a 15minute intro video and then a 45minute self-guided tour around the island, and the last boat leaves at 6pm. When we went into the intro video room a loop had just finished so we sat down for the next one before realising we would have to wait 15 minutes for it to start, so half an hour in total. We decided we would have to skip it otherwise we wouldn’t make it around the 45 minute guided tour in time.

As a result of this we don’t feel we got the full experience of Alcatraz as we missed parts and rushed others to make sure we were back to the dock in time.

So if you can specify a time, make sure you go earlier rather than later. You don’t have a time that you have to be off the island within so if you go in the morning you will have plenty of time to explore the island at your leisure.

They also have night tours if you would prefer to see it at night, there might be ghosts though so watch out! 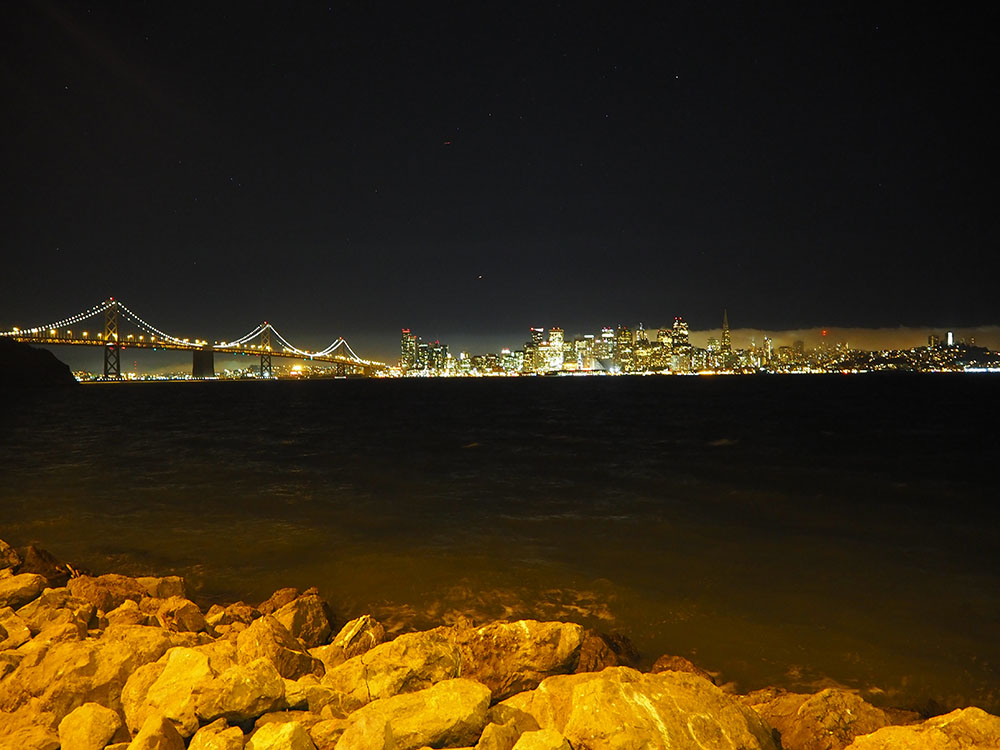 After arriving back on the mainland we made another mad dash back to the hotel to change before running back to the bus stop to catch the night loop. I don’t think I’ve ever been so knackered from running around all over the place before, we actually were those people running down the street to catch a bus.

We were a bit bummed to begin with because we couldn’t get a seat on the top deck of the bus but halfway through the tour people were coming down and trying to sit on the floor downstairs because it was too cold upstairs in the open. So if you’re planning on heading out on an open top bus night tour, make sure you wrap up extremely warm!

I didn’t get too many pictures of this because obviously it was dark but it was lovely to see the city all lit up and a few different areas that the daytime bus tour hadn’t taken us to. So another thing I would recommend is definitely the night bus tour! 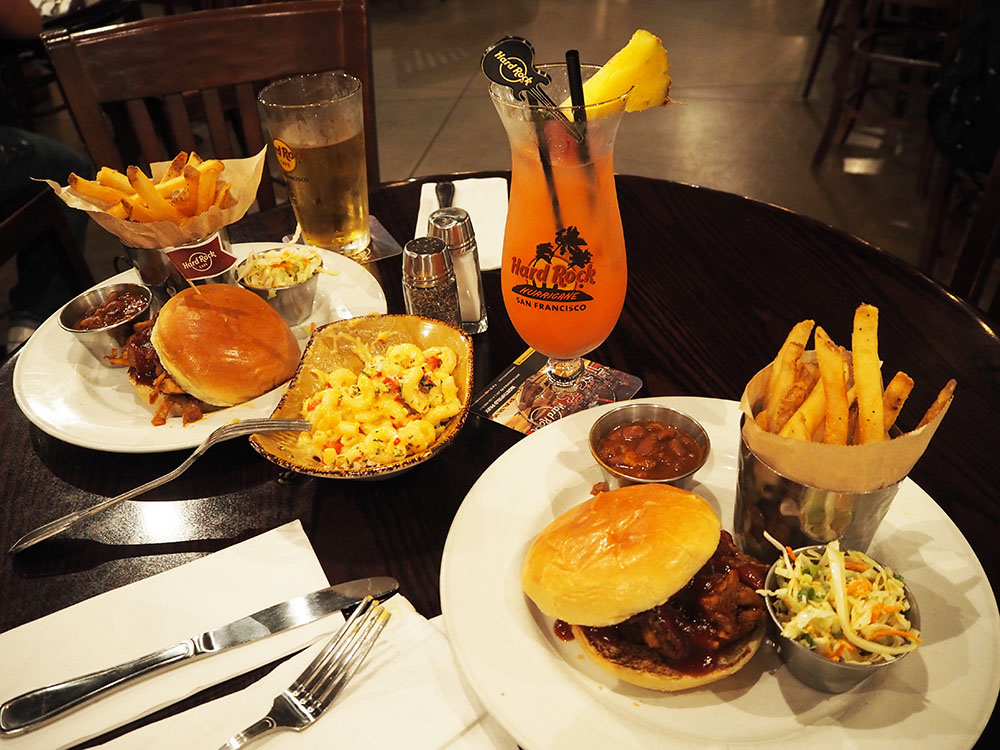 Freezing cold and tired we headed to my favourite restaurant ever, Hard Rock Cafe (obvs). What can I say, the music, decor and cocktails just speak to my heart. If you haven’t been to one then go, like right now (or as soon as is humanly possible). And order a Bahama Mama cocktail, they are too dreamy. I also now have a serious craving for one. 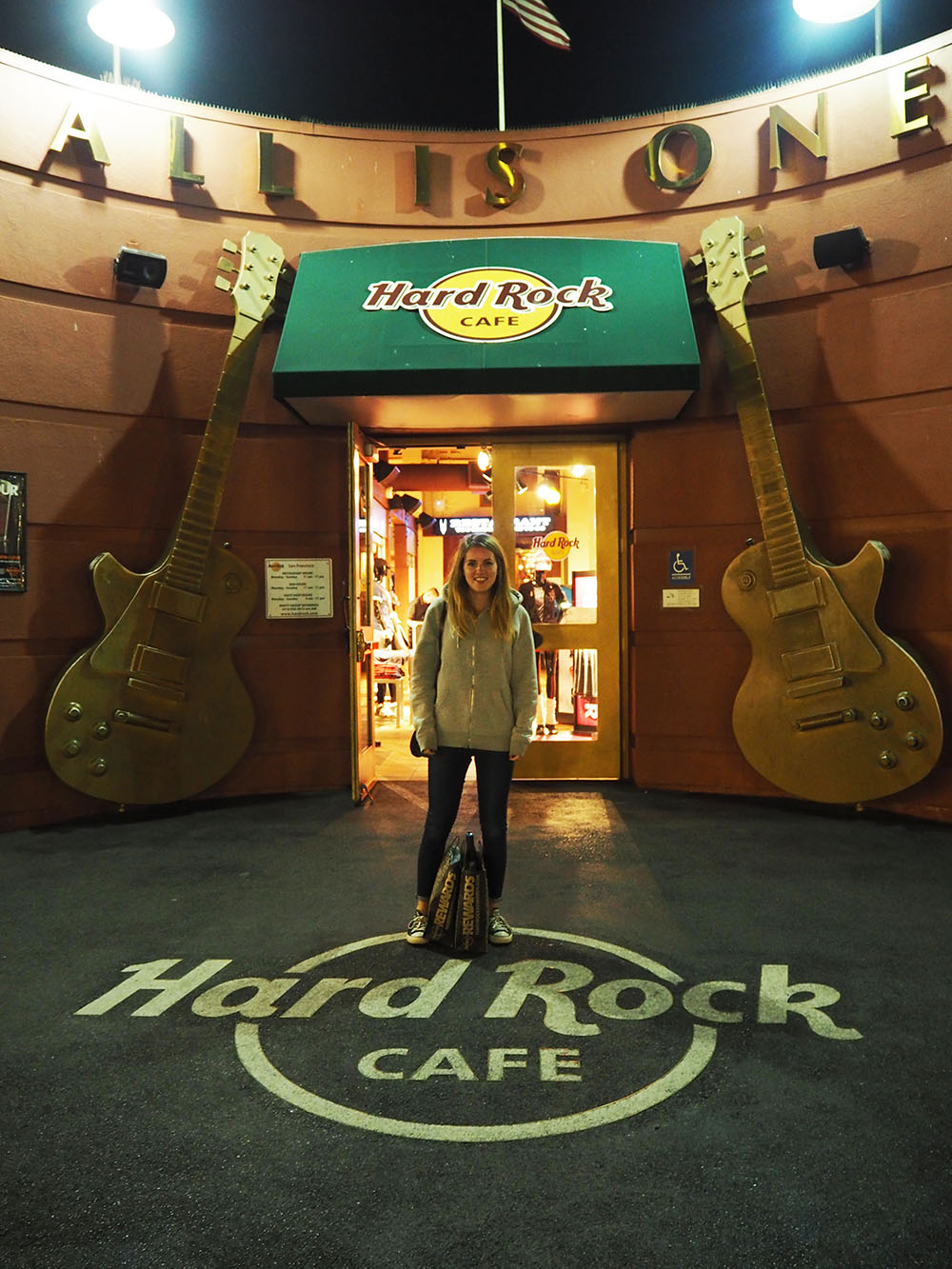 Sadly this was the last of our full days in San Francisco, we only had a few more hours to pack in a whole hell of a lot of sightseeing on our final day. To find out what we got up to make sure to check out my blog in the next couple of days!