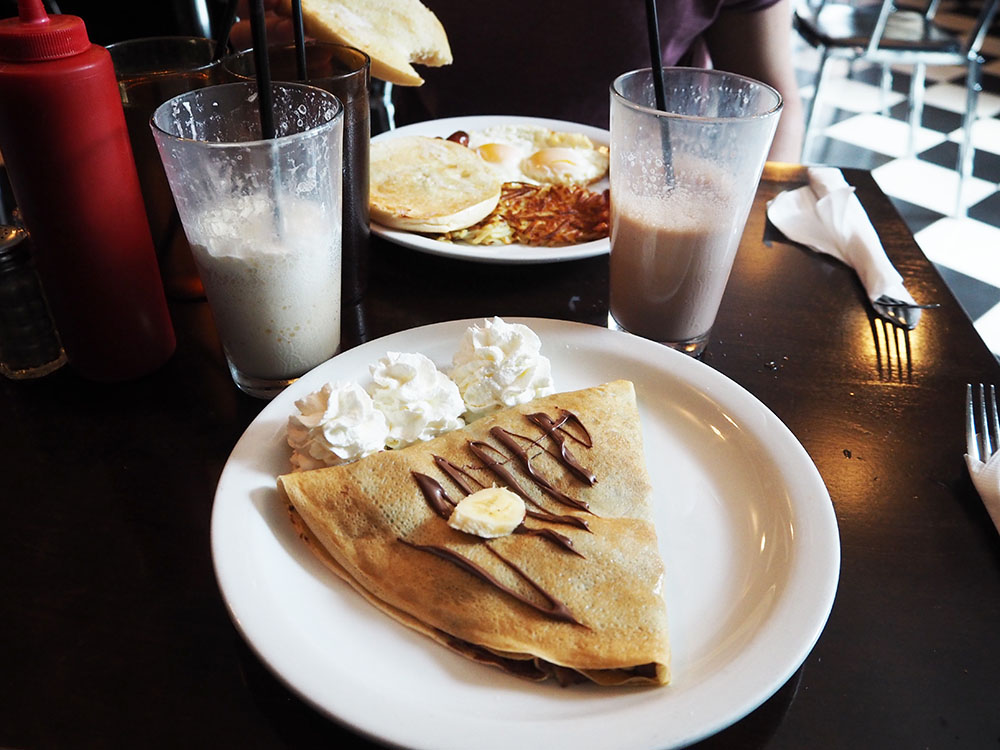 After arriving in Santa Monica in the early evening we checked into our hotel, the Wyndham at the Pier, and popped out to Third Street Promenade for a quick walk and a spot of dinner. I didn’t get many photos that night so I’m skipping straight to the morning of our first full day… 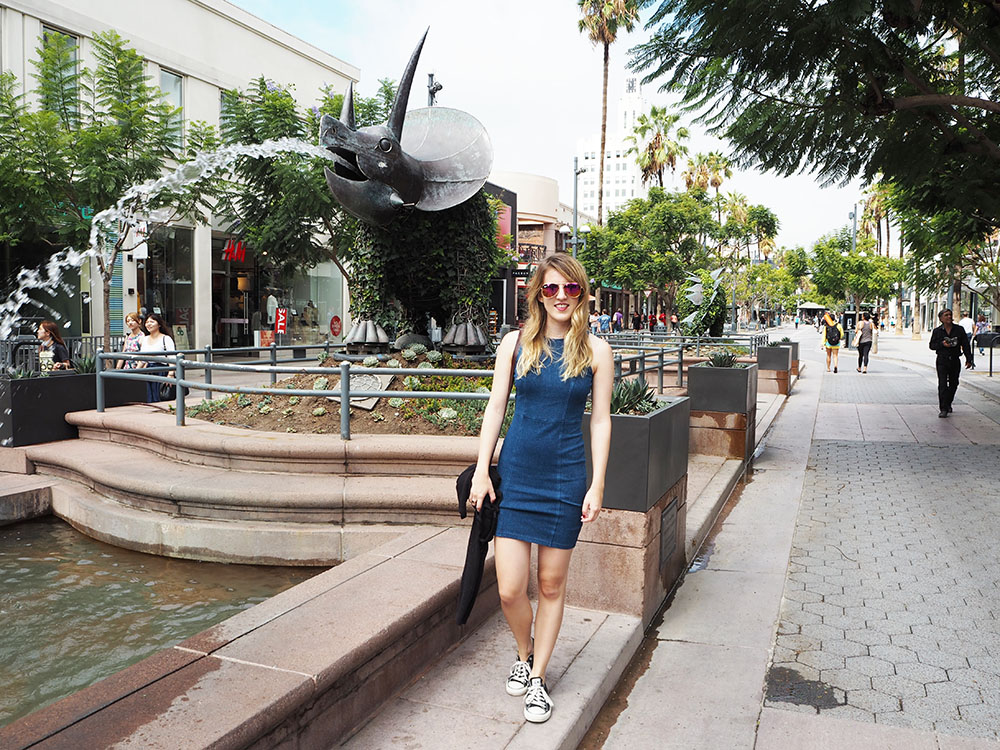 We had booked a tour of Malibu and the stars homes, so at 8.45am we headed down to the pier in the rain to pick up our bus. After waiting around for about half an hour we were told that the trip had been cancelled due to the rain and would be rescheduled for the following morning. Not having much of a plan for the morning now, we decided first and foremost to get some breakfast!

Obviously I went for the crepes, we were in Cafe Crepe after all! 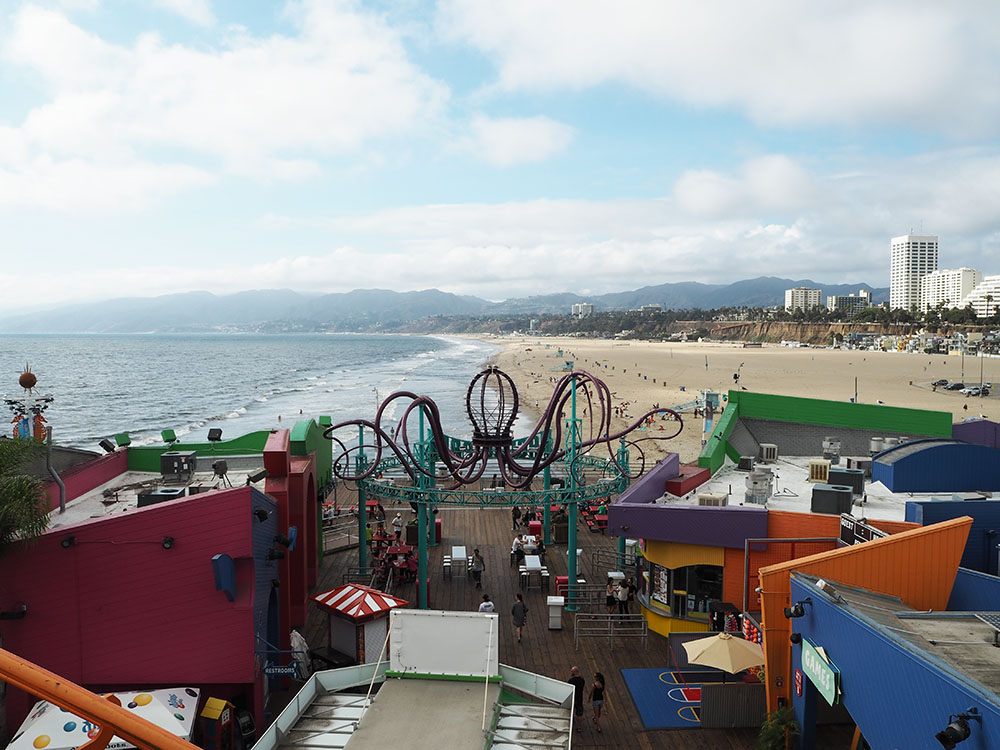 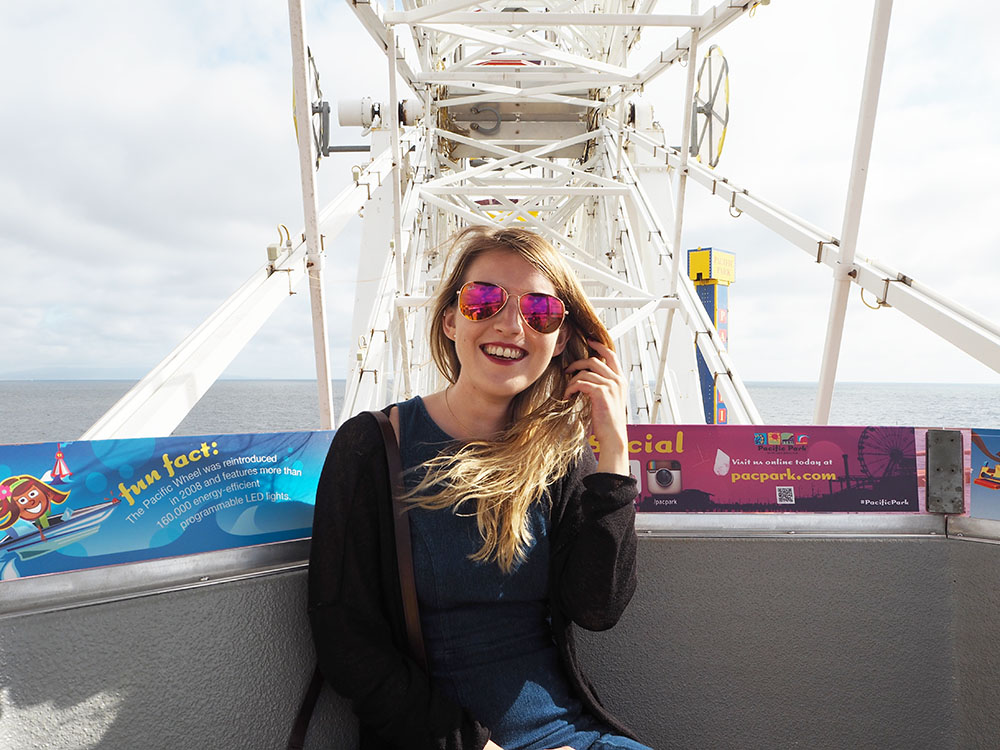 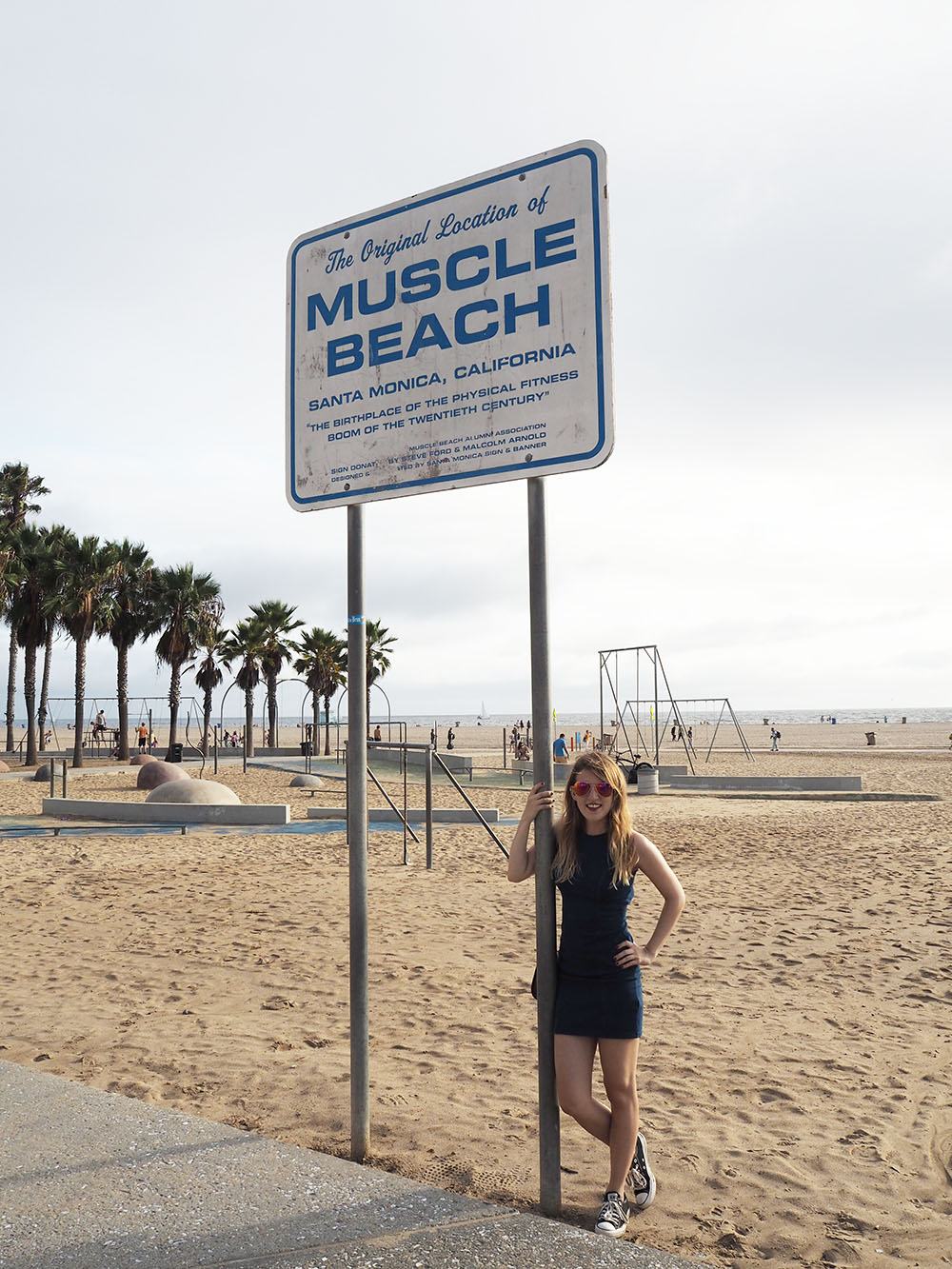 It was still a little overcast and windy so we didn’t spend too long on the pier after the ferris wheel, but just long enough to get some Dippin’ Dots! Why don’t they do these in the UK?! But then I spied my next stop of the day…

As I had been to Santa Monica before, I remembered that the original site of Muscle Beach was just by the pier and thought Luke might enjoy testing his strength on some of the swings and bars. Even if you don’t fancy testing your strength there’s always loads of people showing off here, so it’s great just to go and people watch! 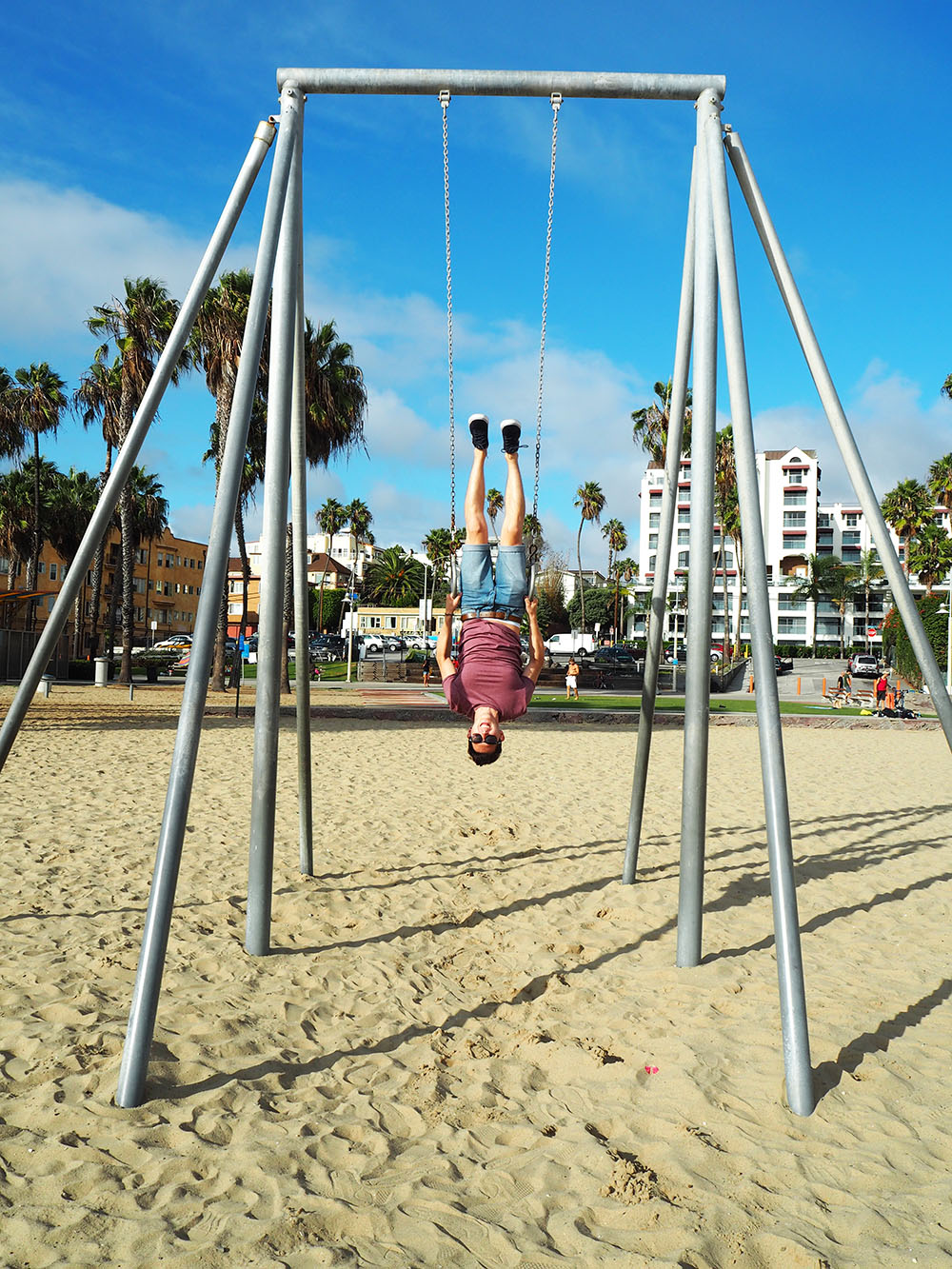 He was suitably impressed and took to it like a monkey! 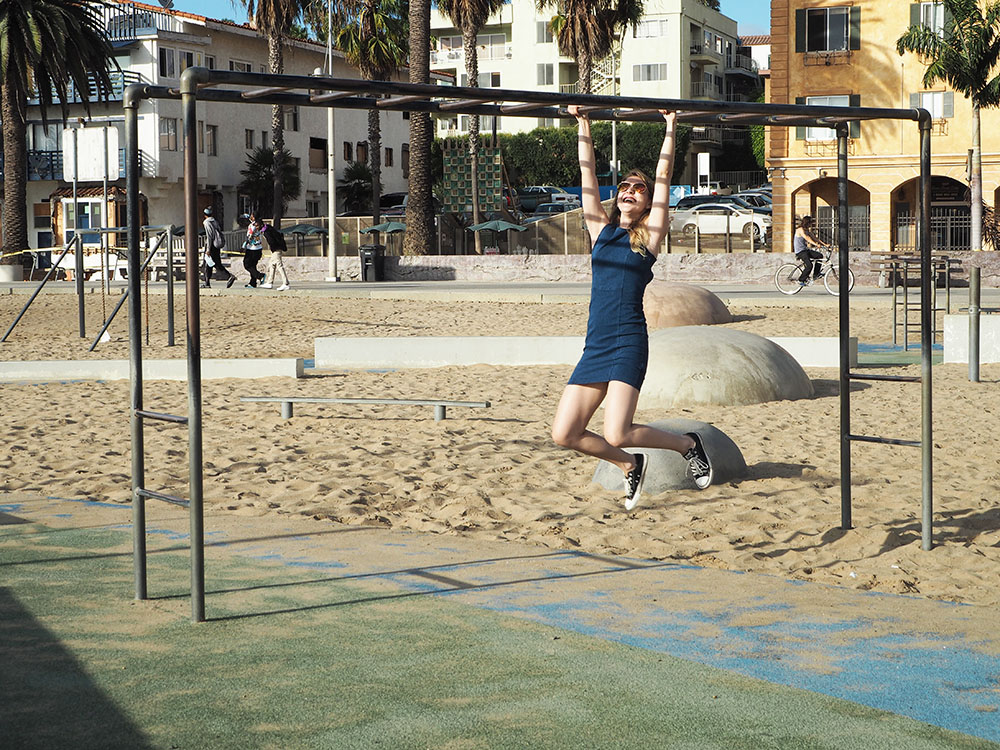 Even I had a go at the monkey bars. 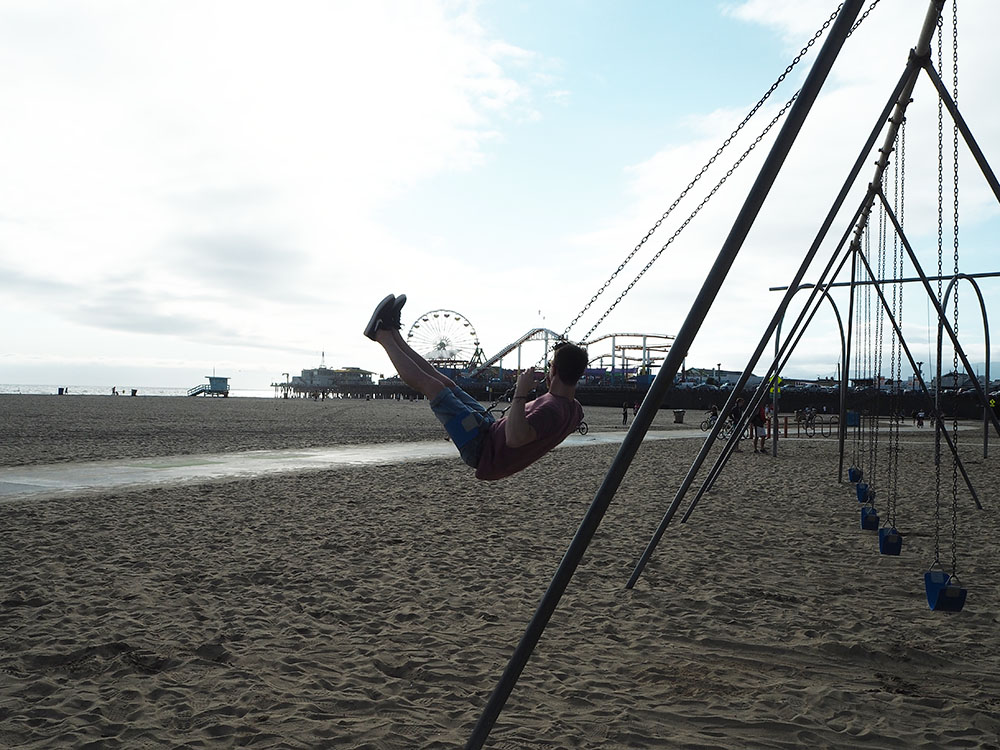 We finished off our evening at the beach with a little to-ing and fro-ing on the good ol’ swings. 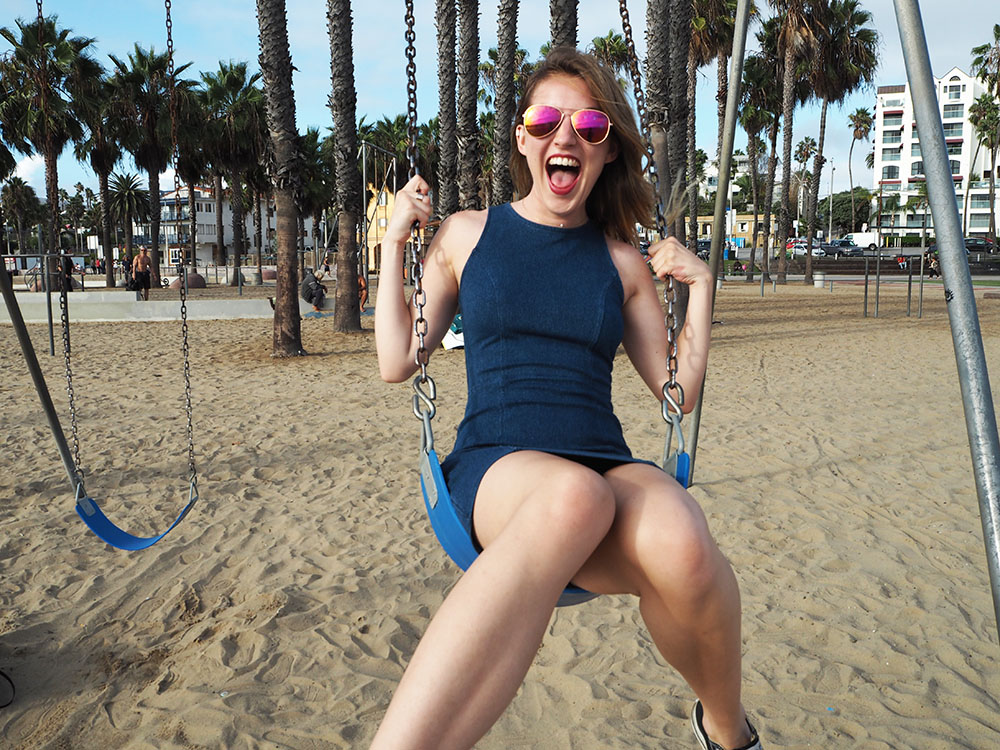 And taking a few silly snaps while we were at it. 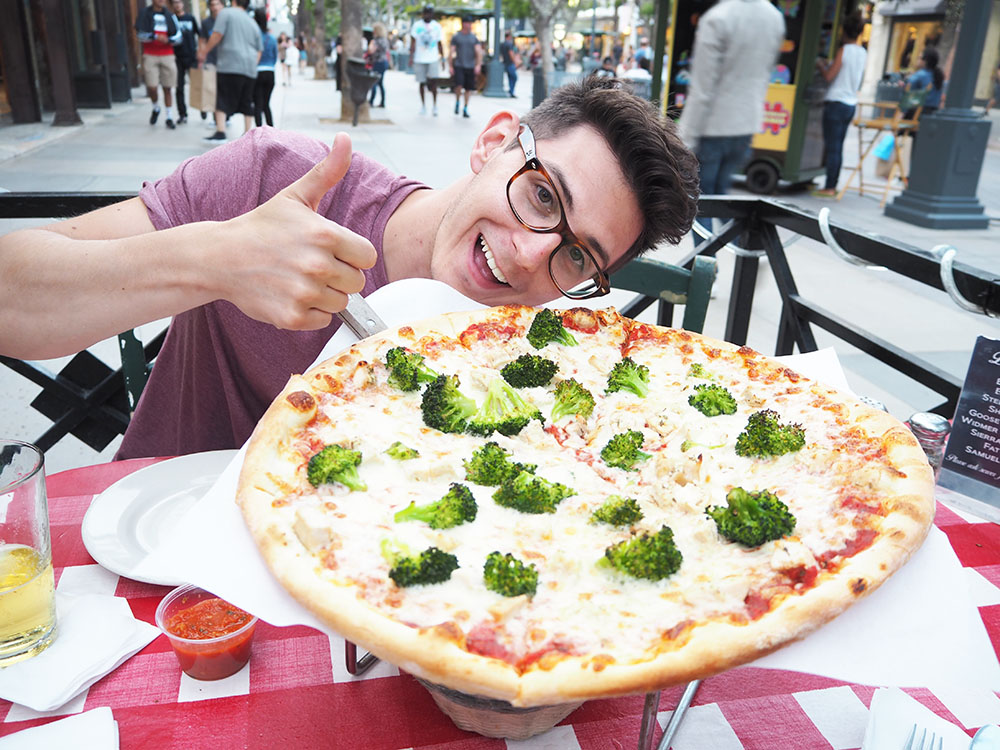 The night ended with far too much pizza and a well needed sleep. Ready for another early start to explore the sights of Malibu!