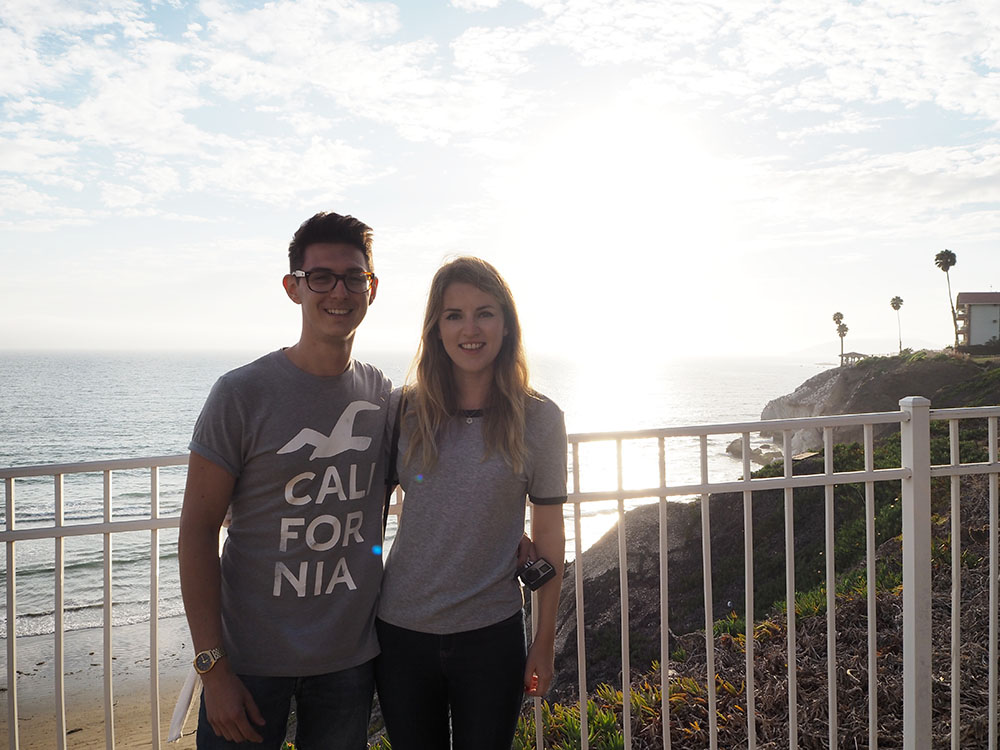 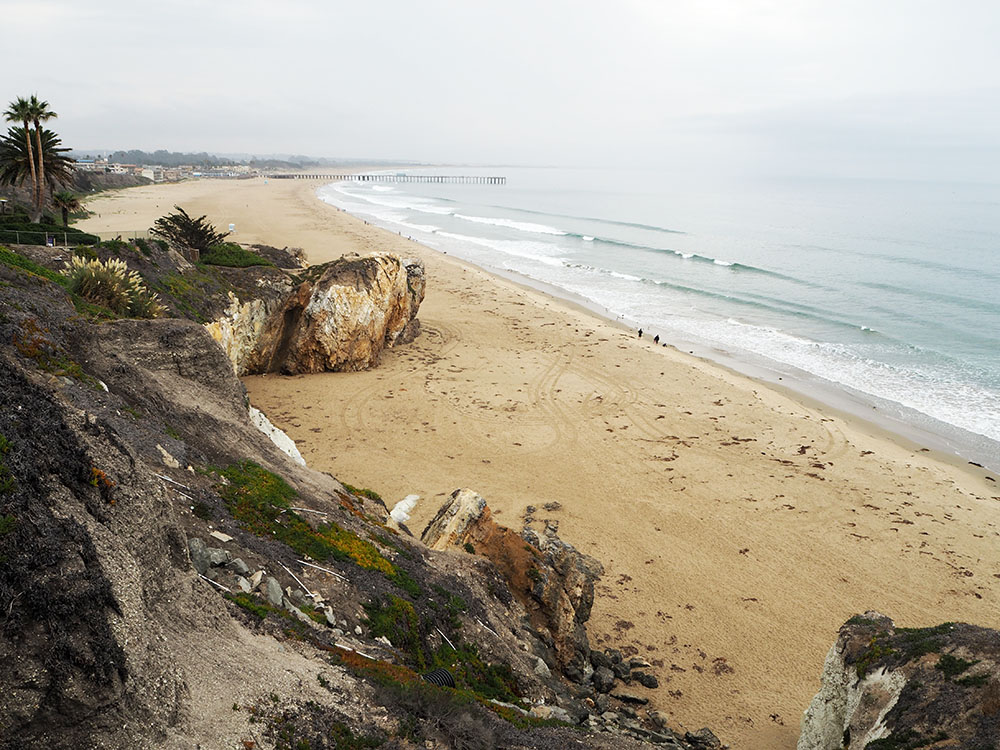 When booking our trip, the travel agent said that it would be too far of a drive to go straight from Yosemite to Santa Monica so we should stop over for the night in Pismo Beach. As it was Luke’s first time driving in America we didn’t want to be overambitious so we agreed and booked a night at the Cottage Inn. We arrived in the early evening as the sun was setting, and managed to get a couple of snaps from the hotel’s cliff edge. The weather was pretty overcast so the photos aren’t exactly blue-sky beauties but just imagine it in the sunshine! 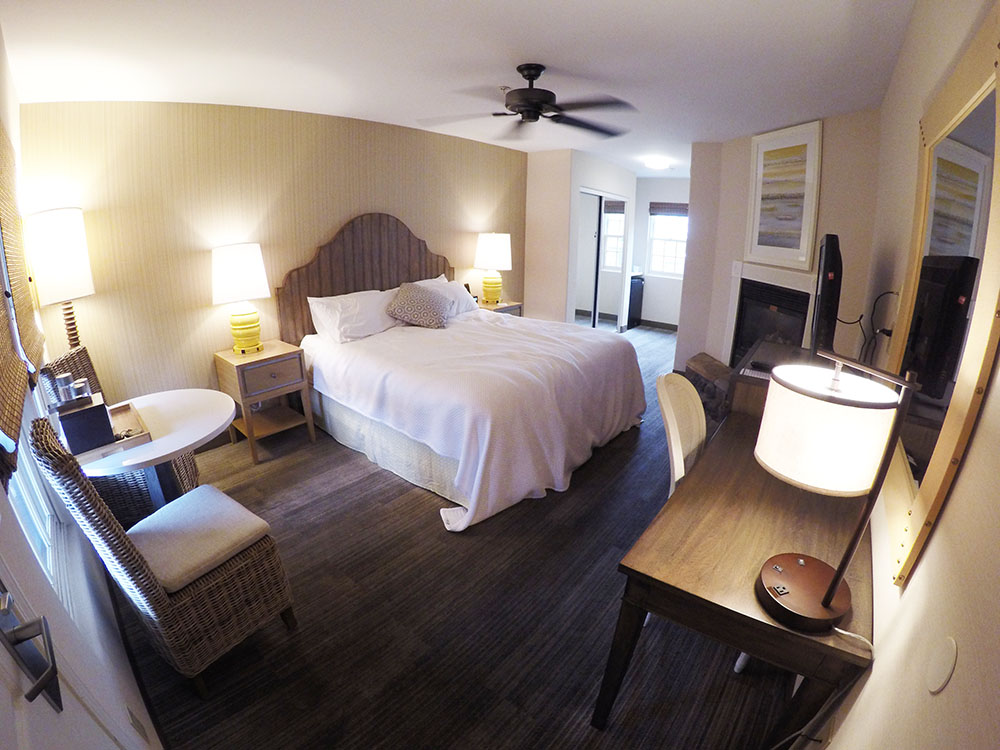 The hotel was probably mine and Luke’s favourite of the whole trip in terms of comfort and decor. We even had a fire place that turned on with the flick of a switch. #IsThisRealLife. 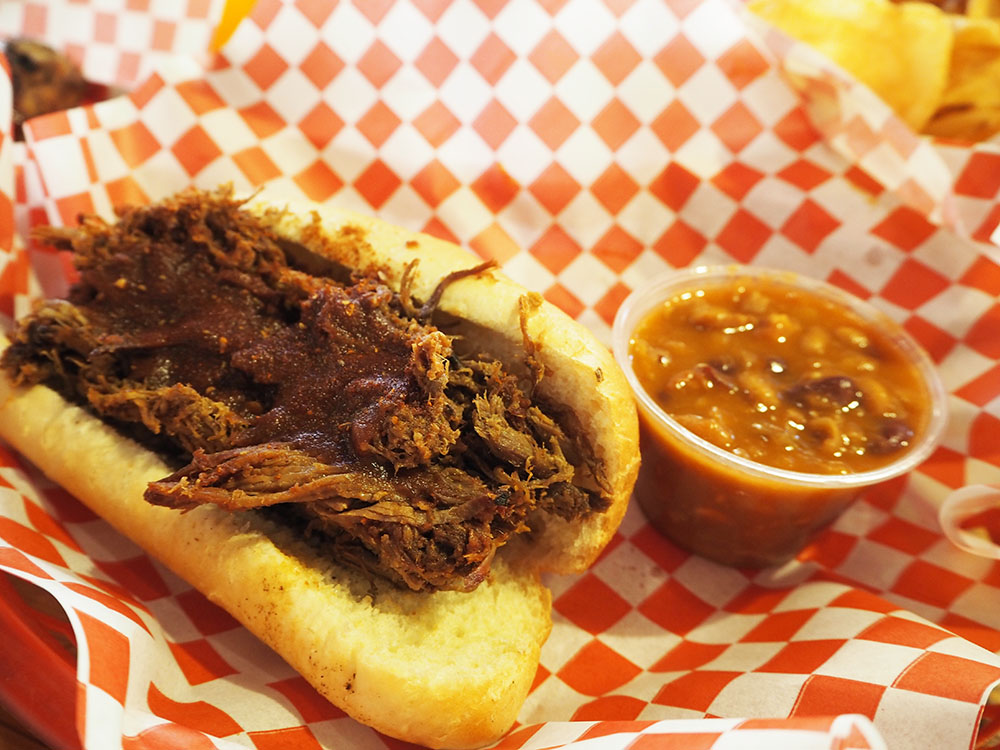 We were given a map with local restaurants on by the hotel’s reception so we popped into the main town quickly for dinner. After a quick stroll up and down the main road of restaurants we settled on Mo’s Smokehouse BBQ. The food was absolutely deee-lish! The only mistake we made was ordering the potato chips thinking they were chips, as in the British ones. Rookie mistake realised when a bowl of crisps turned up! 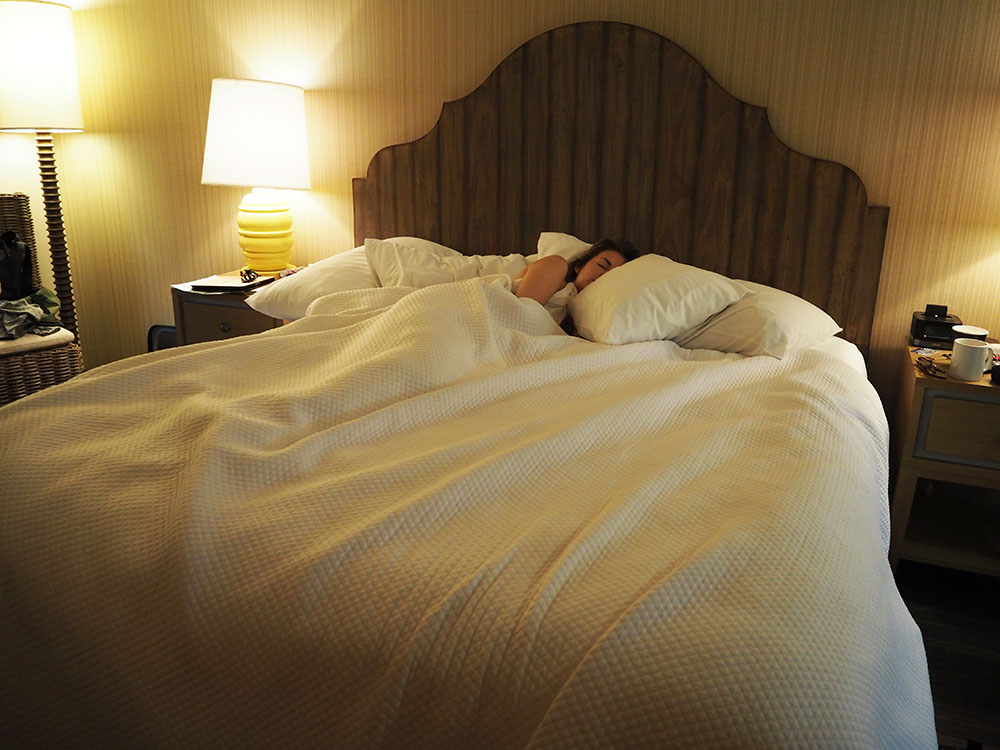 As we were so tired after being in Yosemite in the morning and having a long drive down to Pismo, we crashed pretty early back at the hotel.

This bed was one of those beds that cuddles you in and feels like a cloud, pure heaven! 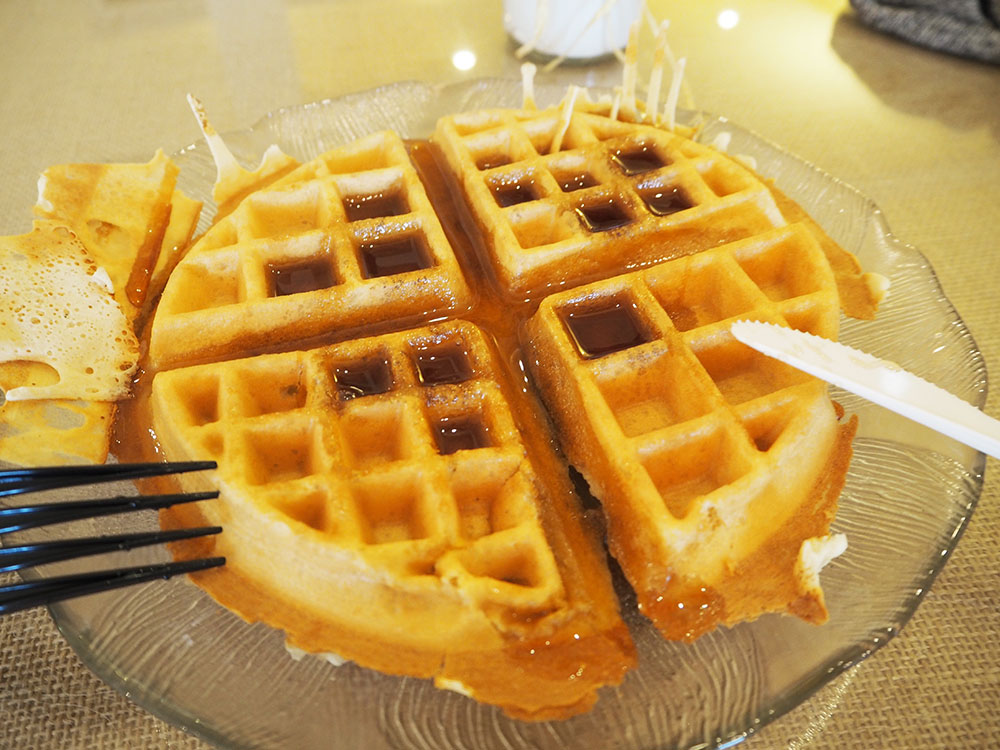 Breakfast was included at the hotel so the next morning we headed to the little restaurant area for freshly made waffles and syrup. There were plenty of healthy options but I figured with all the unhealthy-ness I was already eating I was pretty much in for a penny, so I chucked my pound in and got a sugar-y delightful breakfast! 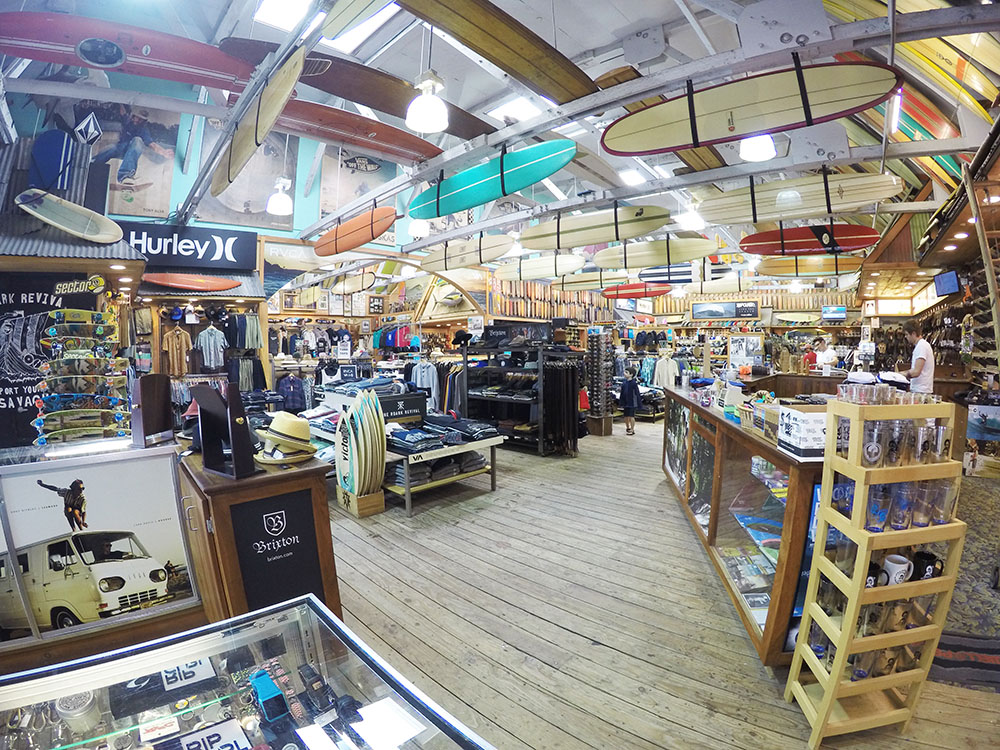 After breakfast we went for a quick mooch around the seafront before we left. One shop Luke had noticed the night before and was desperate to go back to was Panchos Surf Shop. We spent about half an hour in there and Luke spent a fair few quid. Definitely somewhere to check out if you’re of the surfing or skateboarding persuasion! 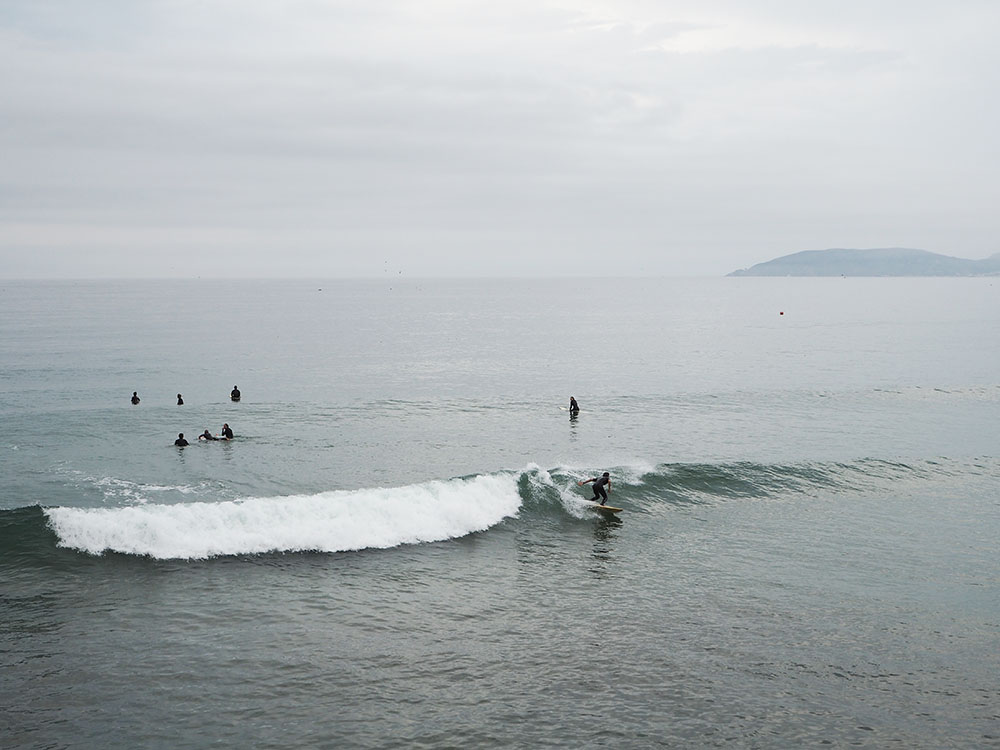 Our final stop was on the pier to watch the surfers. Annoyingly it was overcast again and quite chilly, not exactly the glorious California coast you have in your mind. It definitely made me want to go back and experience the coast in it’s full beauty. 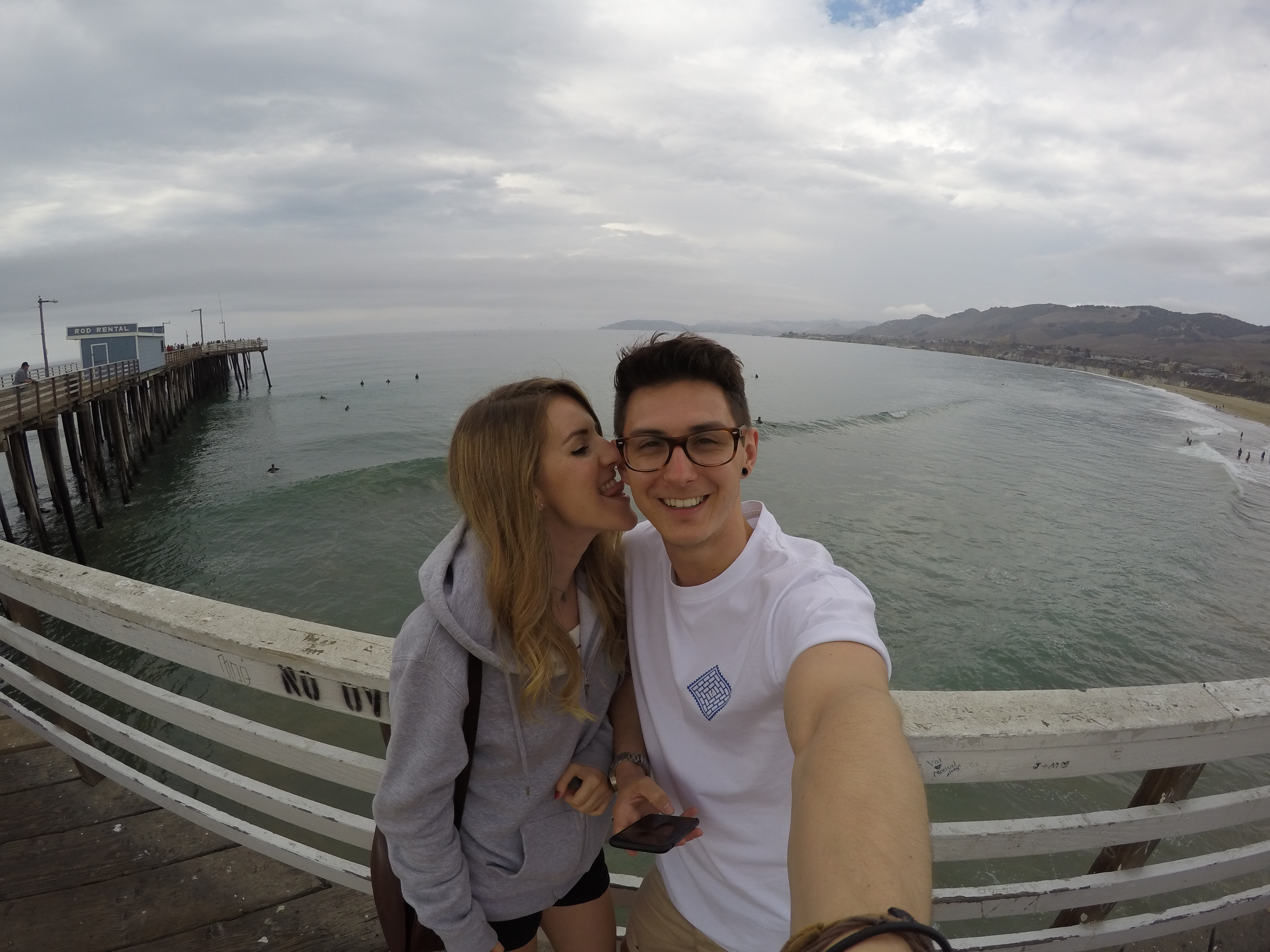 After taking our final silly snaps, we set off for our next destination, Santa Monica! We did briefly stop over in Santa Barbara on the way down but by this time it was properly raining so we spent most of the time sheltering in shops. Not ideal photo-taking weather!