I have just been looking on vogue.com and style.com at the start of this seasons couture fashion shows that began today in Paris. The 3 big shows today were Dior, Versace and Giambattista Valli. In my opinion, the Dior show was no-where near as fantastical and amazing as I expected it to be, its far too wearable for couture and nothing like as amazing as what has been seen from them before. But what can you expect now Galliano has gone. There were only 15 looks for the Versace show, I feel a bit mixed about these, some were beautiful, but some were quite trashy I think. However, as its their first couture show since 2004, maybe it will improve for the next couture season. In my opinion the best show of the day was the Giambattista Valli show. Most of the pieces were beautiful and feminine (I thought some were a bit questionable but…). Definitely a good show :). Looking forward to seeing tomorrows shows. 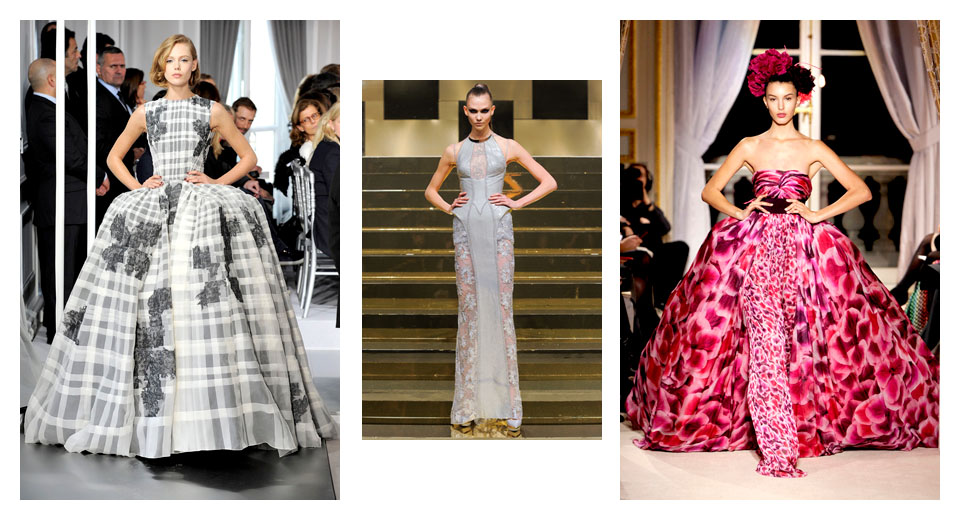